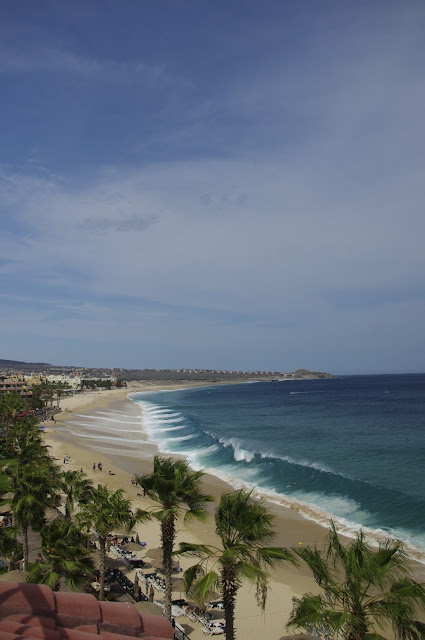 Morning on the very tip of the Baja Peninsula, otherwise known as Cabo San Lucas, and we are taking a taxi to the marina for our second ever guided trip. I have been itching the entire time to go fishing and this was going to be my one shot. My family convinced me to put down the rod and they also squashed any notion of mine of traveling to go fishing. Where did I want to go? Four hours north is the East Cape, the roosterfish capital of the world and the one of the only places you can get them with a fly rod from the beach. After seeing the surf on the coast of the Sea of Cortez and the Pacific, it made a lot of sense. The water drops to depths of ten or more feet right off the beach, producing massive waves that literally crush people. I quickly realized that even if I wanted to go fishing by myself, it would be pretty difficult with the waves. The guided trip and a boat was the only way to go. 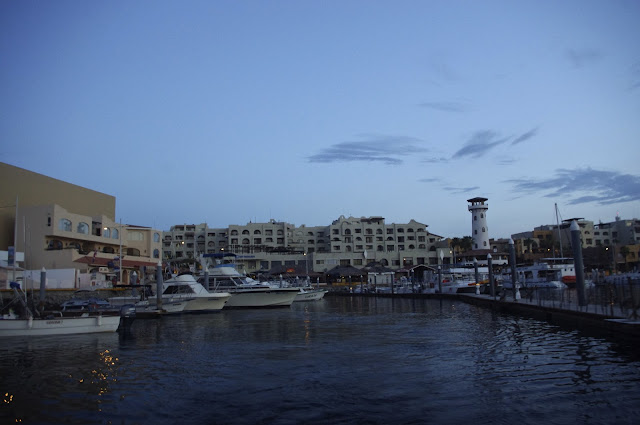 We booked a trip with Baja Anglers, run by Grant and Gisel Hartman and everything went smoothly. We left the marina around 6:45, bought our bait from local fishermen, and were booking it up into the Sea of Cortez to fish off the beaches (not the East Cape). 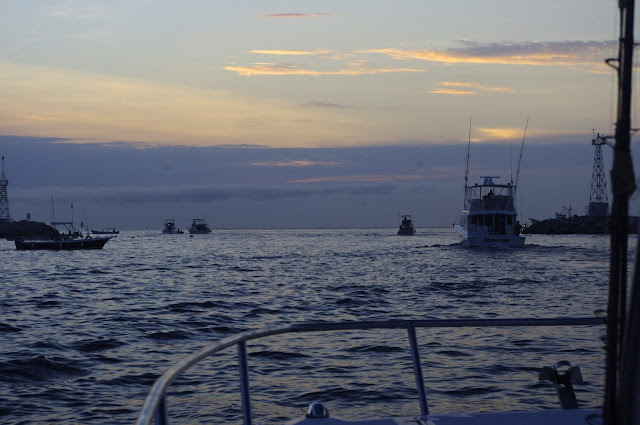 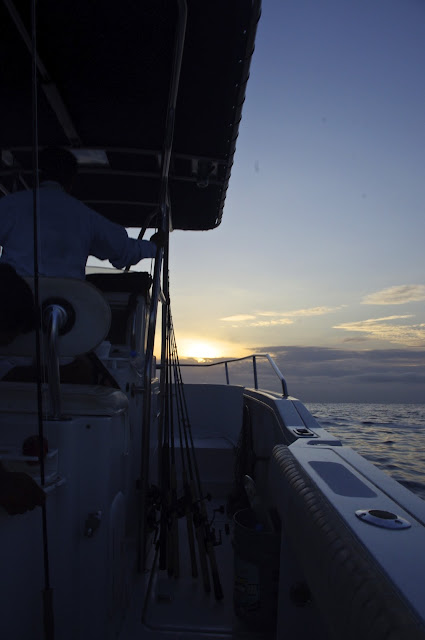 It is pretty awesome to be motoring across the ocean as the sun is rising on the horizon. The sea is as calm as it will be all day and there is nothing but anticipation in the air. I had a few loose ends to tie up, mainly taking a coastal express sinking fly line off my reel and putting on an intermediate line. 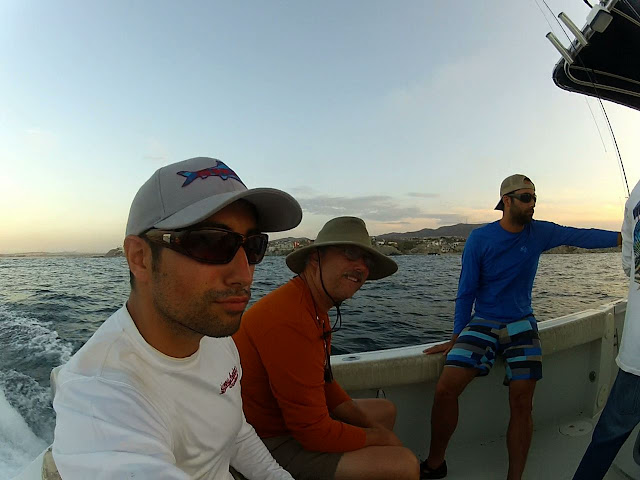 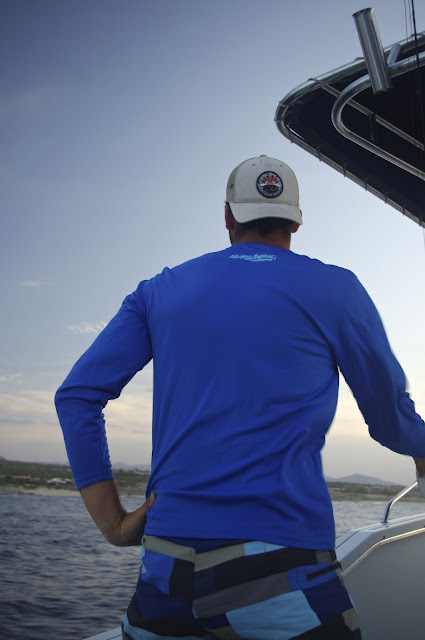 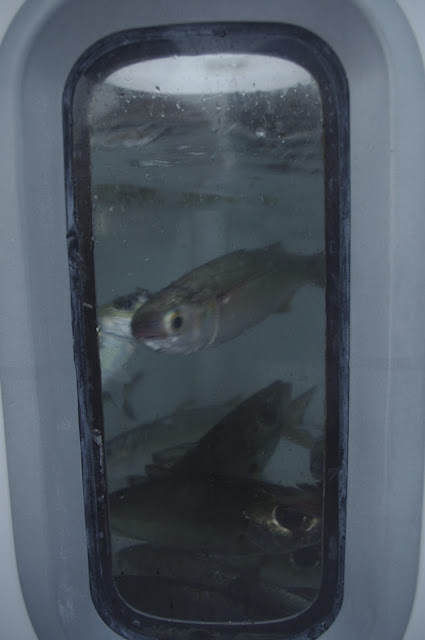 The first mate went to work attaching our bait to spin rods to lure predators from the depths and tease them close enough to the boat for a fly rod. 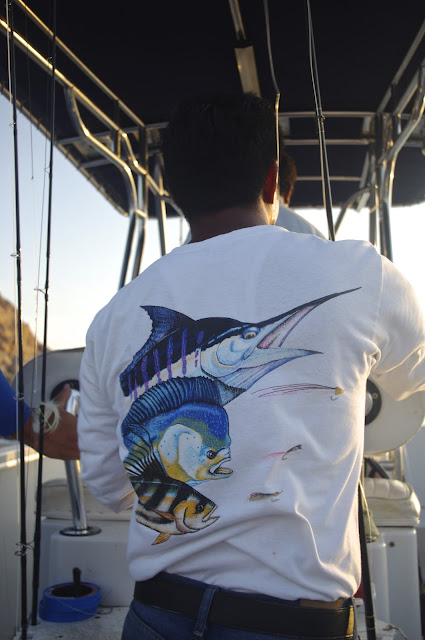 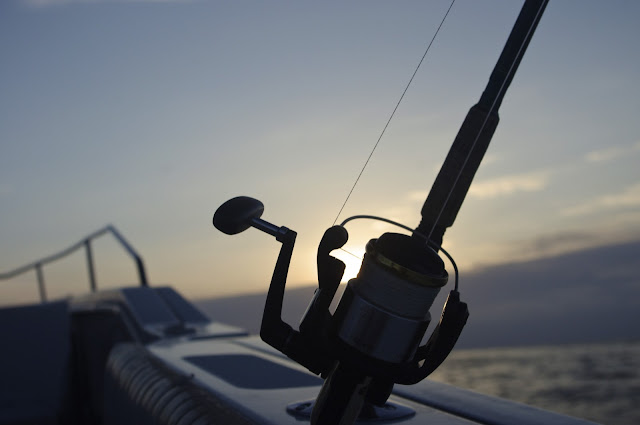 We didn’t really know what to expect with the trip, so when the Captain suddenly stopped the boat along a rock face and they tossed some bait in the water, all three of us kind of just sat around and watched. In a matter of ten seconds a Dorado slashed across the surface after the bait. The guide yelled, “fly rod, fly rod, fly rod,” while Matt and I just looked at eachother. I took the initiative, grabbed the rod, made a twenty foot cast and missed a slashing Dorado. I re-casted and set the hook on my first inshore fish. 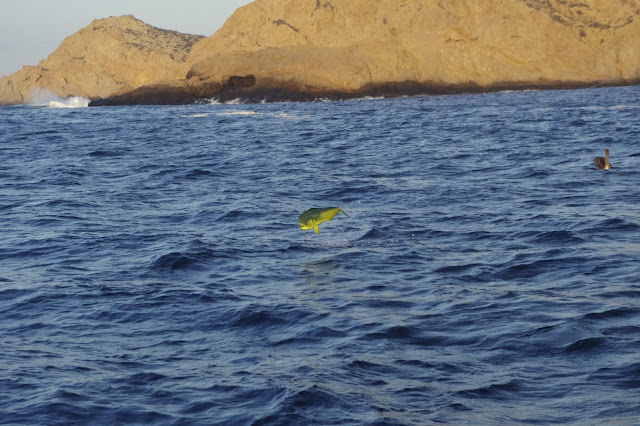 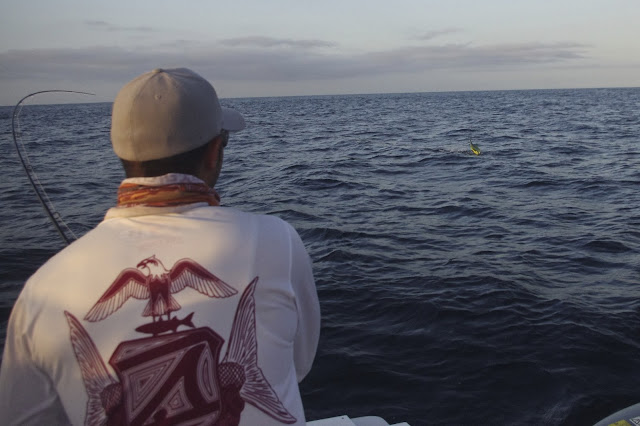 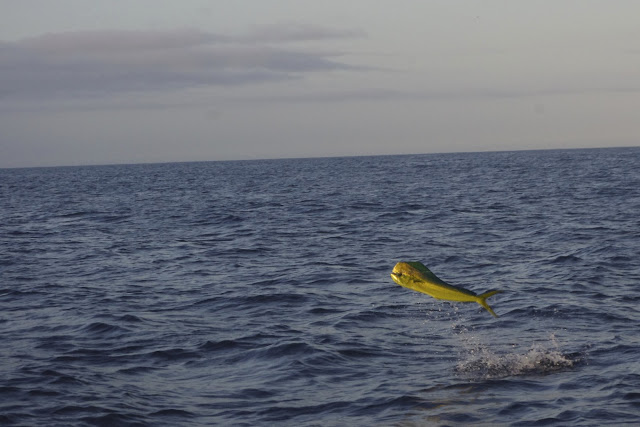 Out of all the fish I have caught on fly, Dorado jump the most. They aren’t as ferocious as tarpon but they are probably more acrobatic. This guy (average for here) jumped over six times. 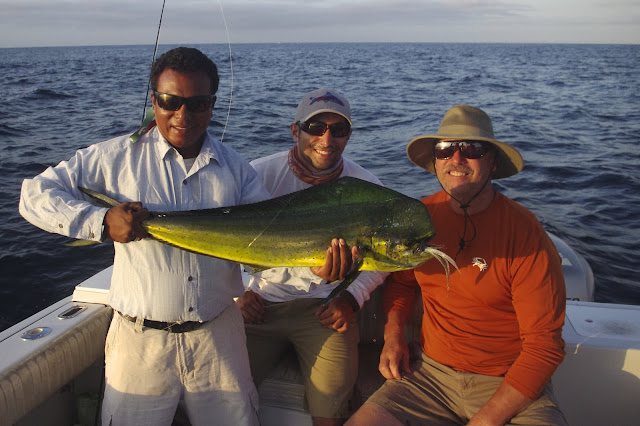 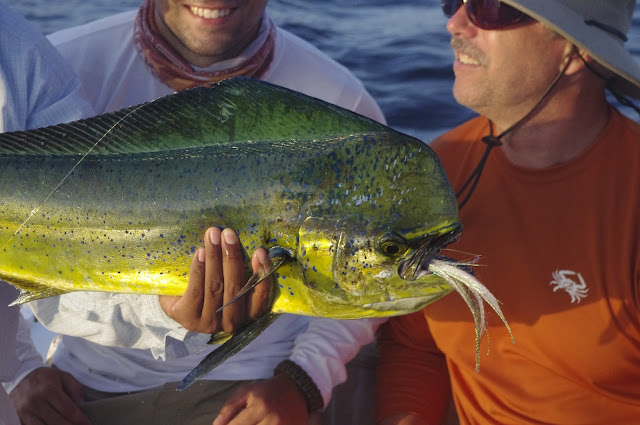 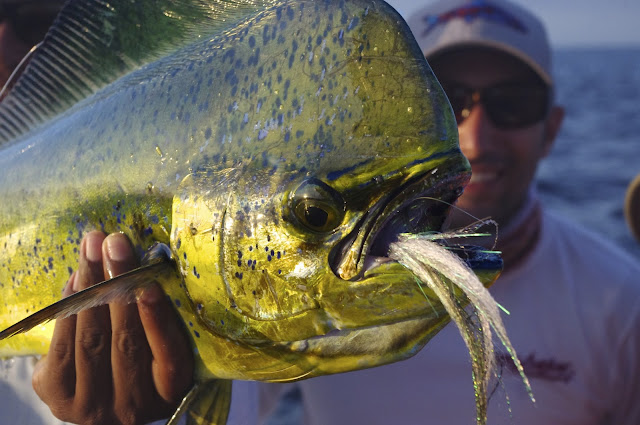 It being a family vacation and all, I promised everyone back at the hotel that I would bring home a mahi mahi, if I caught one. The last time I killed a fish, I was ten years old fishing with a spinning rod on opening day of trout season. I only caught one fish all day and I made my dad keep it. We didn’t have a stringer, so the trout went into a plastic bag where it slowly suffocated to death. It writhing and flopping around didn’t sit well with me so I tried to put it back in the water. Unknowledgeable at the time, I thought I was letting it go to live on. That was the last time I ever kept a fish. 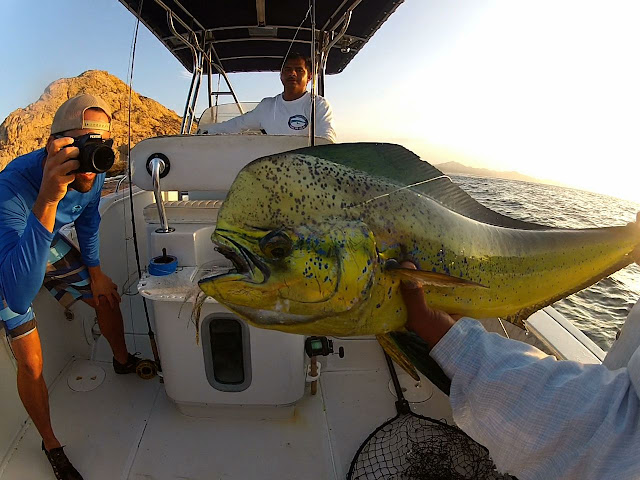 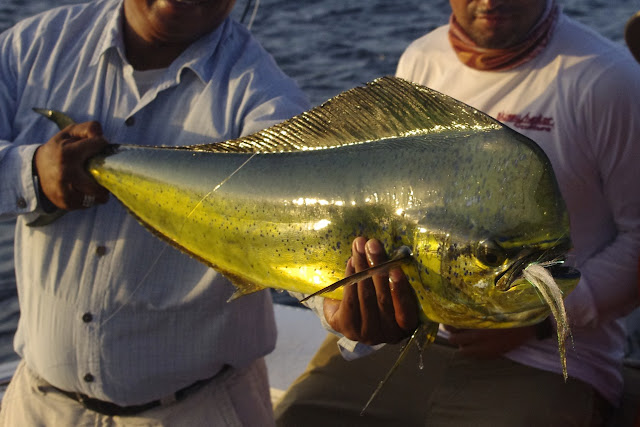 So we kept the Mahi Mahi and into the cooler it went. Strangely, I didn’t feel too guilty about it. We had it cleaned and my sister cooked it later that night. The fish fed my entire one side of the family, all 17 of us and it was delicious. 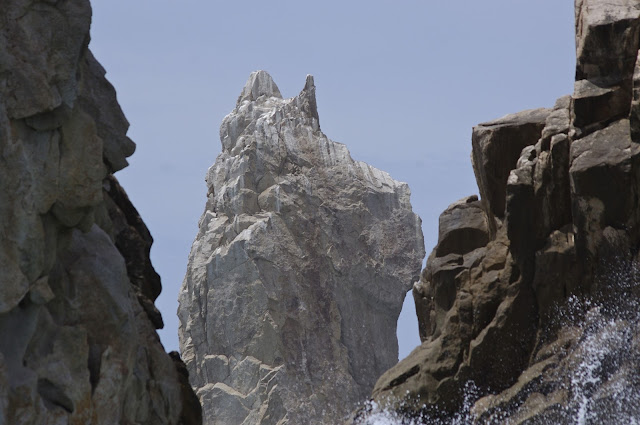 They Called It: Scooby Doo Rock 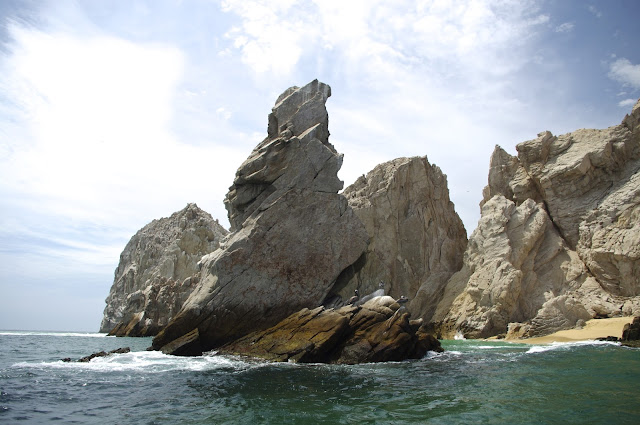 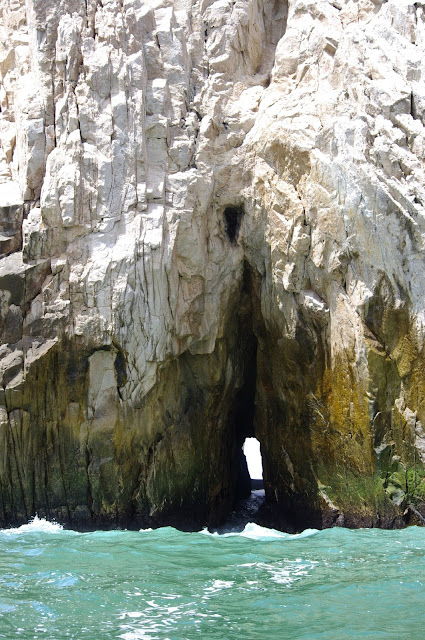 The Window to the Pacific 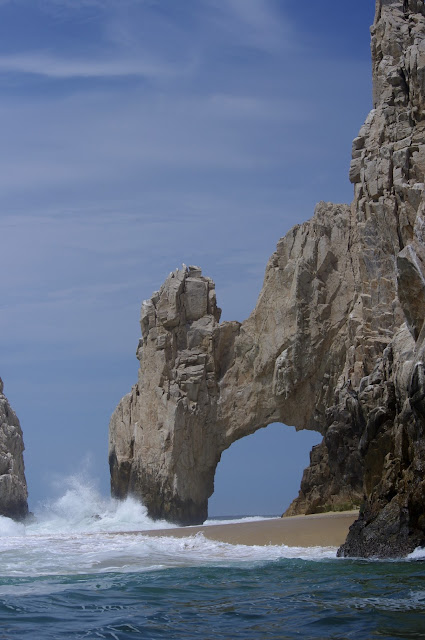 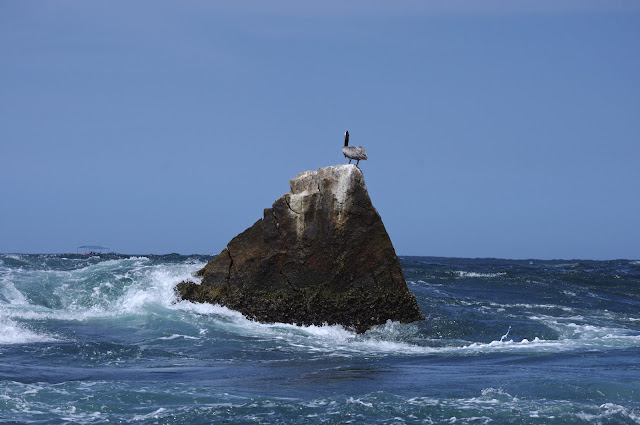 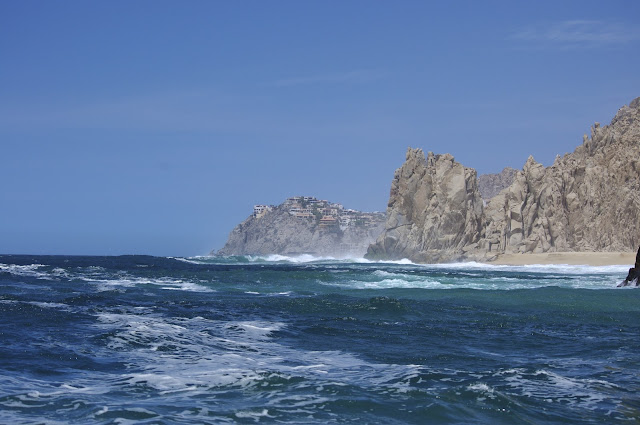 The Pacific Ocean, Not Very Peaceful 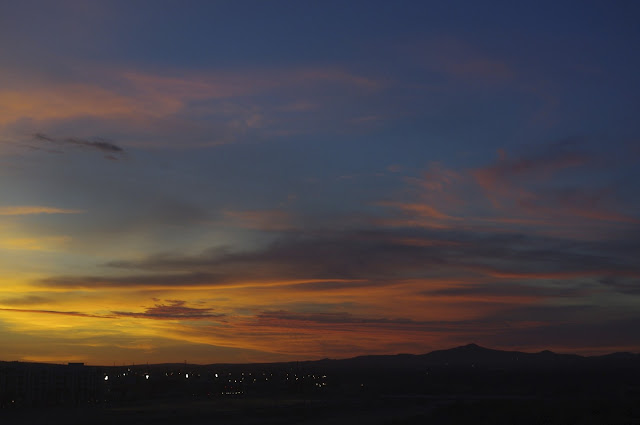