Ever since I got the Diablos tons of people have been asking me to take them out. The reason is because they have never been fishing on a paddle craft. This week Warren Chin hit me up to go. He is on vacation for the next two months. We made a game plan, loaded up the Diablos and off we went. The game plan was no thought out completely, as we got to mingo we had no mosquito repellent. We got our ass handed to us at the boat ramp. Unloading the Diablos and getting everything ready took us about 20 minutes. With the mosquitos biting us everywhere it felt like an eternity. We quickly rushed out the marina into 12 mph winds which got the mosquitos off our back. We had our 10wt rods ready for some tarpon. Sure enough we ran into some rollers. After 15 or so minutes I saw a tarpon belly crawling on the surface I made a perfect cast and it was ON!!! Warren got some nice action shots which I really appreciated because as I was fighting the poon there were others rolling all over the place. 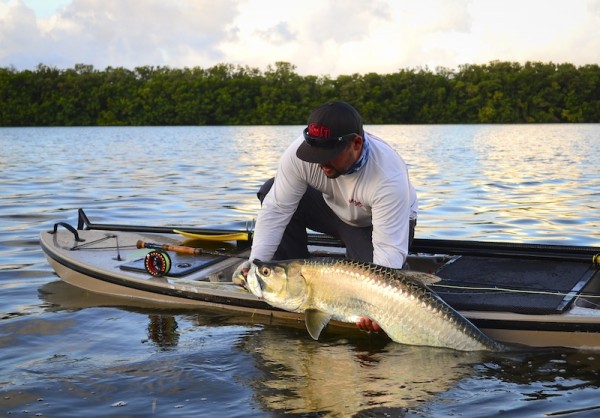 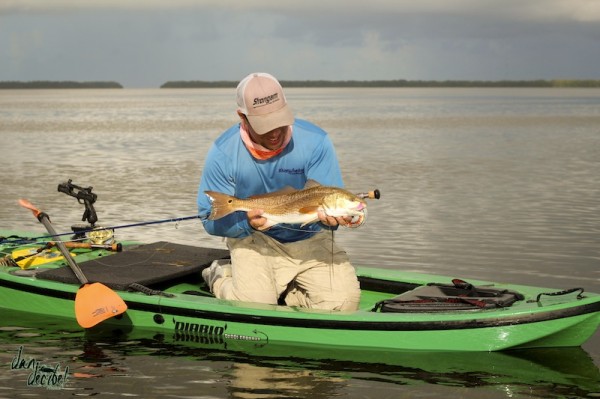 Here is the action shot that warren got 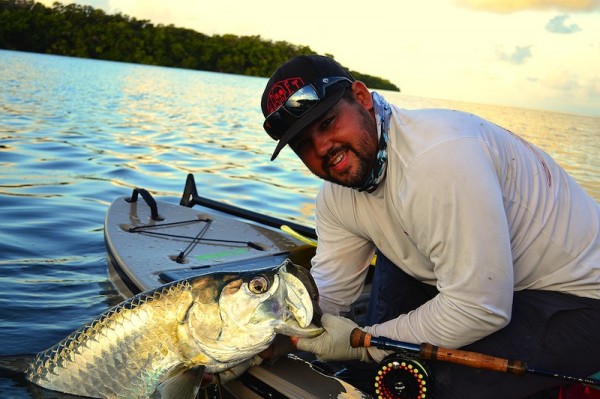 We paddled our way thru this beautiful morning.

The winds was blowing a tiny bit so we decided to look for slick water and find some tailers. Warren has never been fishing on a paddle craft before. He was getting use to paddling and searching for fish on the Diablo. He quickly learned how to approach the fish and set himself up for shots at fish. 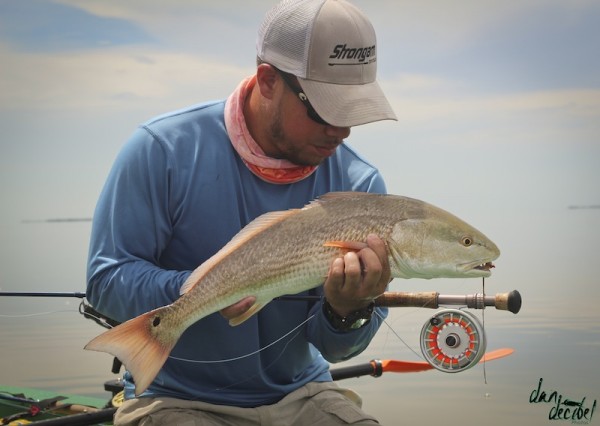 Took out the gopro for this shot since it was raining at the time. 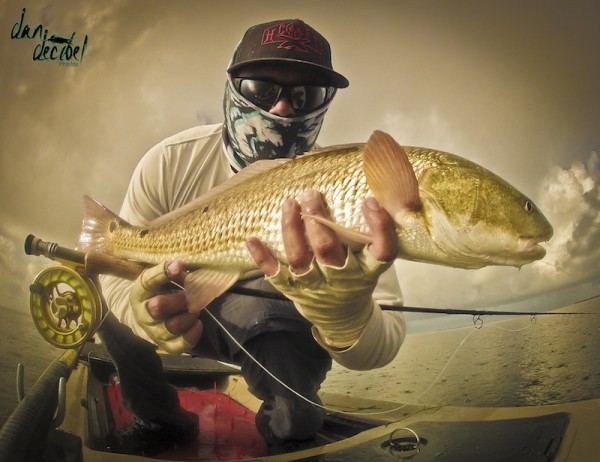 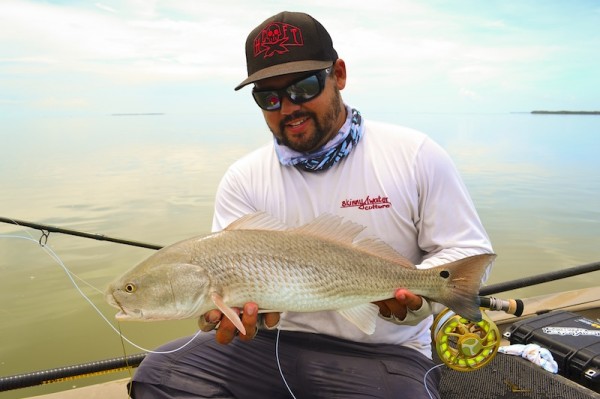 We ran into some bad weather but luckily we only got the edge of this thunderstorm. 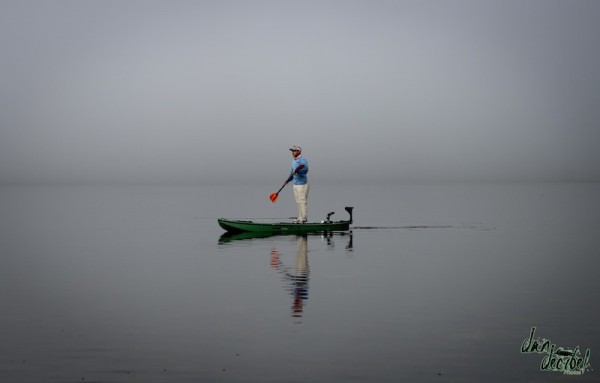 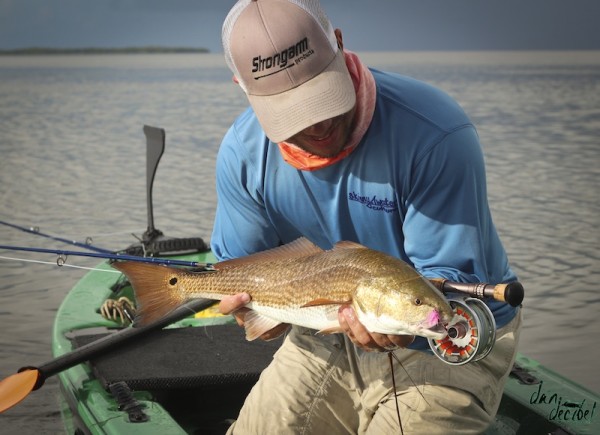 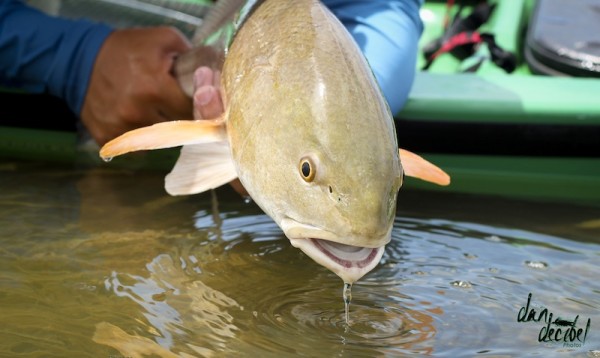 The winds and tides sucked by 1 pm so we made the call to head home early. 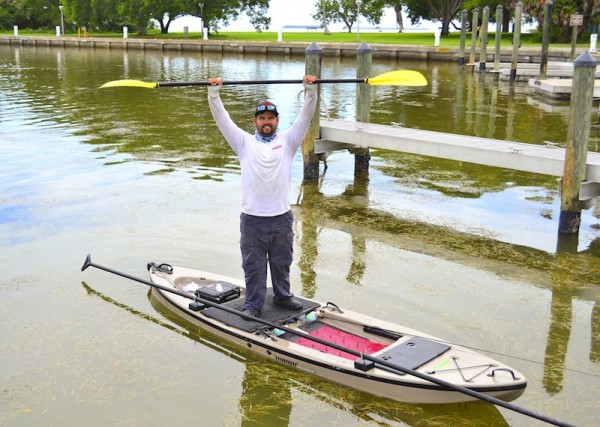 Warren had the brightest idea about coming back the following day. I was like hell yeah!!!! The weather was predicted to be even better. We got home to rest and watch a disappointing Heat game. Don’t worry south floridians we will win these finals!!!! 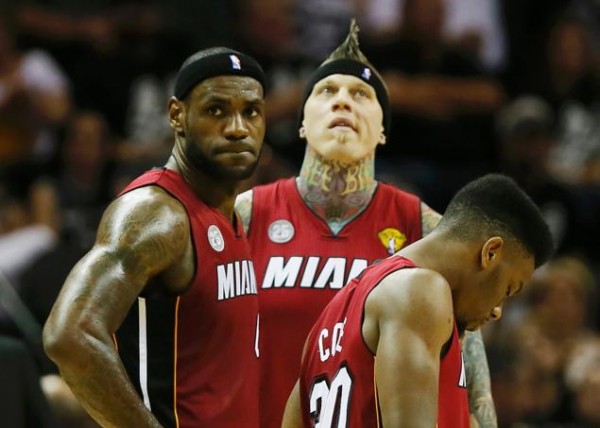 Day number 2 and we finally got some mosquito repellent or so we thought as I had left the repellent on top of the fuel pump. I couldn’t believe it we got killed again by these damn mosquitos. I told Warren to spray some cologne on my back. Little that I know that was probably the dumbest thing I could have done. Anyways we paddled out. Once Again we ran into some Poons this time Warren hooked up to a big boy. Unfortunately the poon spit out the hook by the 6 or 7th jump. I wish he could have landed the poon because it was the whole reason why we came back. Apart from that we had a killer day with calm winds and tons of shots at tailing reds and sheepshead. We had a double hook up pic which was awesome. 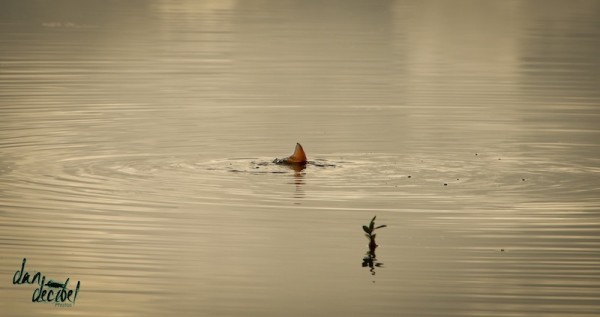 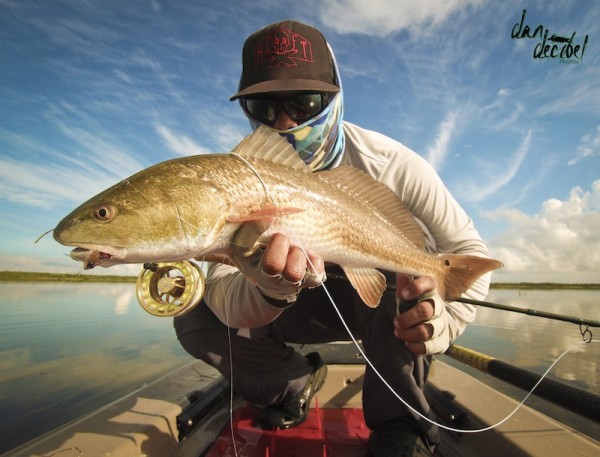 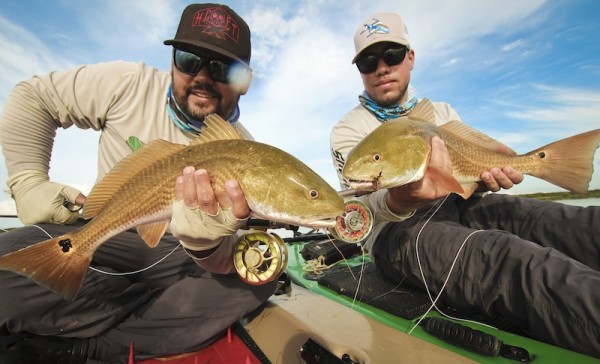 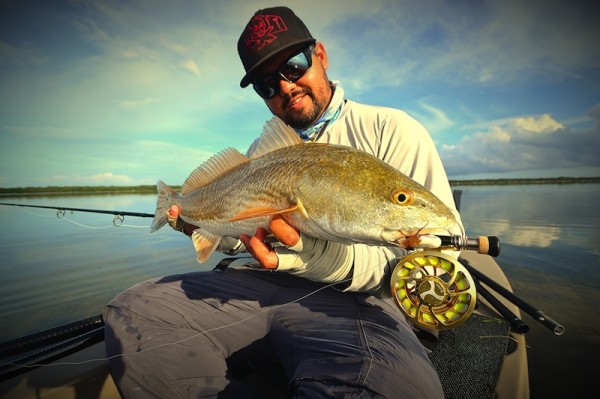 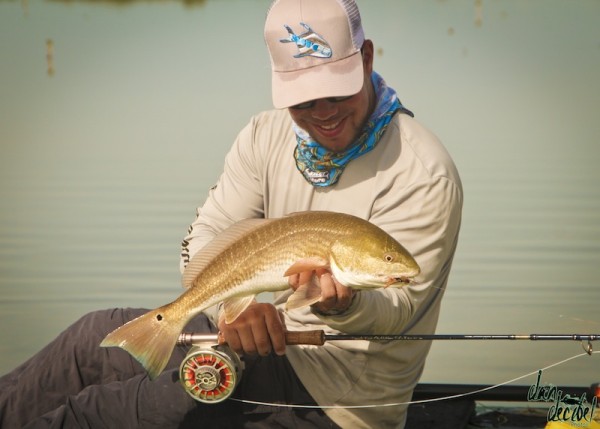 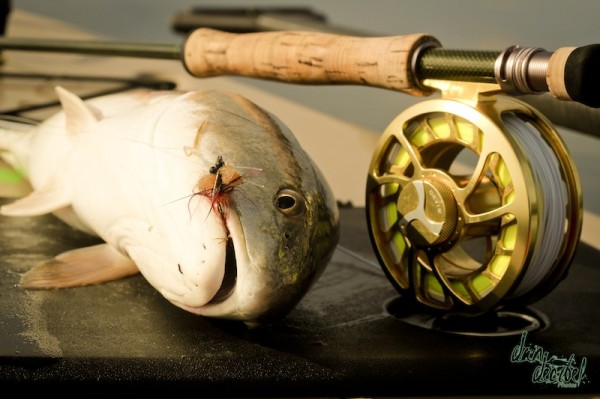 I came last week and saw tons sheepies tailing and had at least hundred shots and not one would take my fly. As we were reaching the end of the tides Warren was spotting tons of sheepies tailing. I couldn’t see them at all. Warren had tons of follows and one bite but couldn’t get the hook to stick. I had finally seen 2 sheepies cruising. I made a nice quiet shot and hooked up. I couldn’t believe it because these sheepies never want to eat. 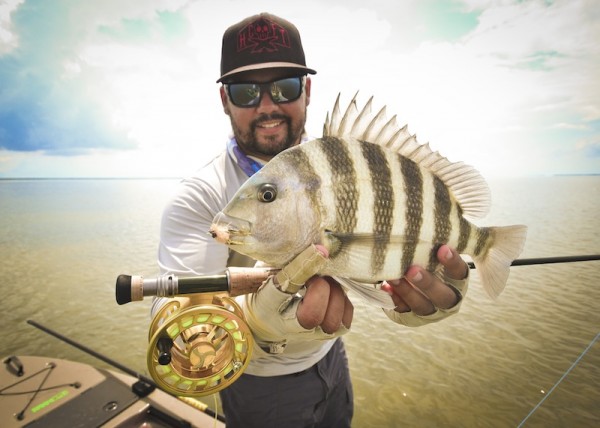 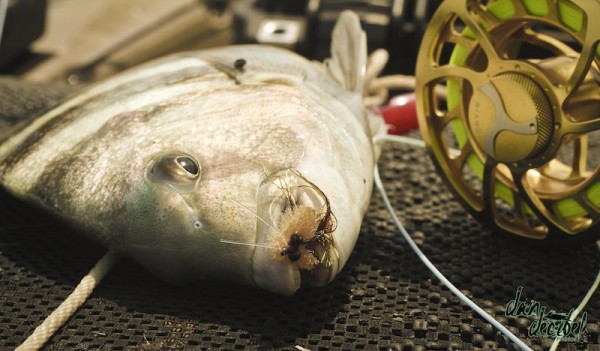 Once again the tide almost left us high and dry so we decided to head home. On the way back to the marina we see Eric and Ramiro on their way back in. We got a quick tow back to the marina. It was a nice ending to our fishing trip!