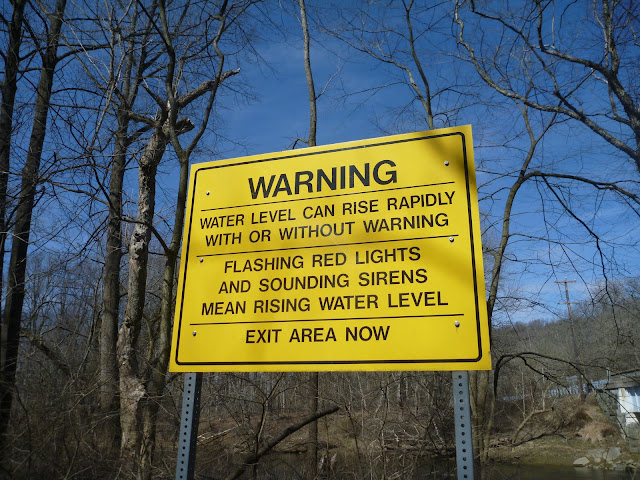 The weekend forecast called for a heavy dose of sunshine, light wind, and springtime temperatures to ring in daylight savings. With the nice weather, I actually considered heading to the local stream to catch some stocked trout. I’d probably lose count at some point in the day but that thought quickly escaped my mind. I realized that if I went trout fishing, there would be cars and fishermen in every pull off and parking lot along the stream. Around every bend upstream or downstream, I’d run into more. I’d still catch fish, but…well, I’d rather go carping. In five years of carping, I have never run into another fly fishermen carping. Honest.

With the heavy sunshine, I decided to scout out some new territory. I awoke Saturday, pulled up Google Maps (every carp fishermen’s best friend) and chose several bodies of water to check out. I arrived on a dirt road for destination number one and was promptly rejected by dozens of no trespassing, beware of dogs, and I’ll shoot you signs. The best bodies of water on google maps are usually private and you often have no way of knowing until you arrive.

Destination two showed promise since it was located in a public park. Public parks always seem to be the best spots for carp and are a virtual guarantee. The major problem I faced, was finding out if I could actually fish the ponds with trout stocking occurring all throughout the month of March. After some searching, I found out I could, and preceded to check out the several bodies of water the park offered. 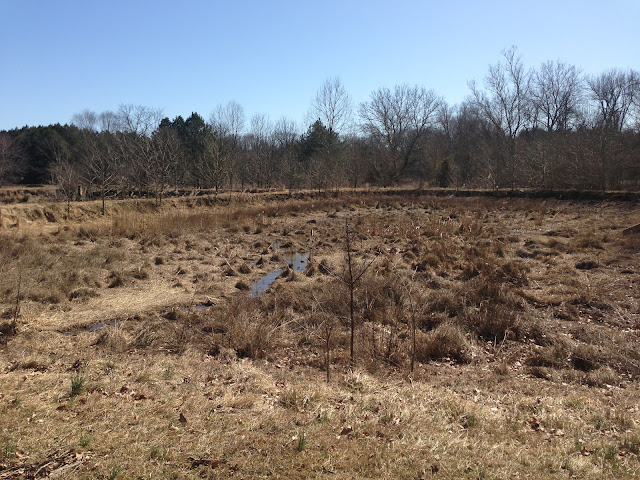 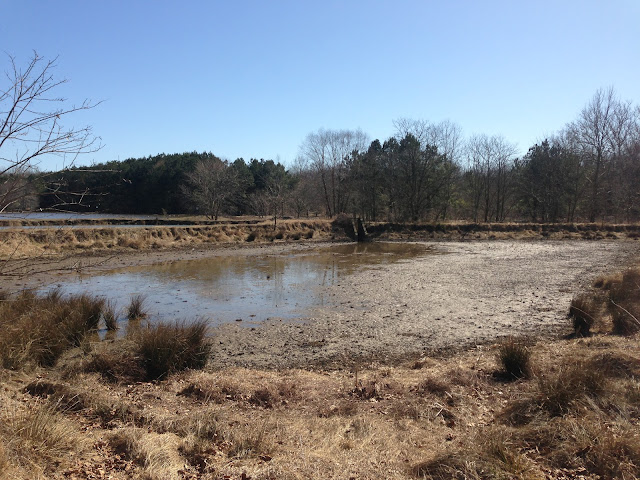 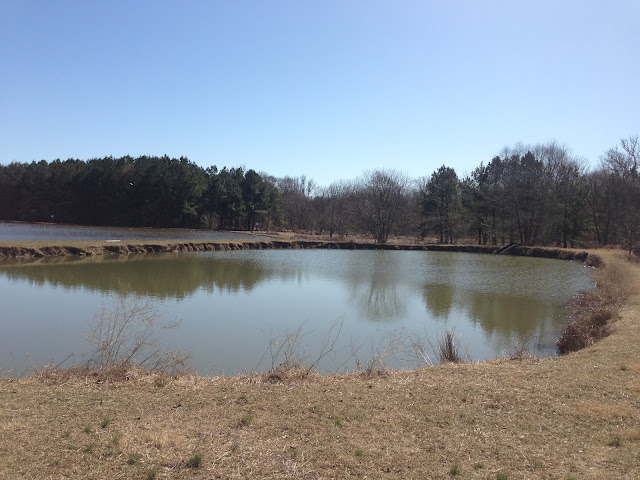 This was my first choice for a good scouting and I immediately saw some residual mud plumes in one corner of the pond. I spent a good hour here and never made a single cast. The mud plume activity was scant at best and I never saw the actual bodies of the fish. I didn’t feel like throwing an indicator on so I saved this pond for another point in time when the water might clear and have visibility better than three inches. 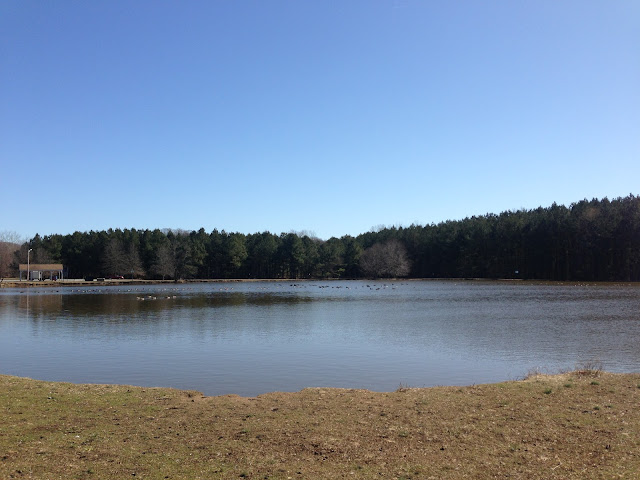 The big pond showed an incredible amount of promise but featured several immediate turnoffs. The first being that the water clarity was absolutely atrocious and the pond featured deep water immediately off the banks. Secondly, there were over one hundred Canadian geese and seagulls causing a raucous. Lastly, this is where all the trout go. I did a thorough scouting of the perimeter and found several enticing areas where carp will definitely be in later months. Again, I decided to leave it be and wait for a later date. 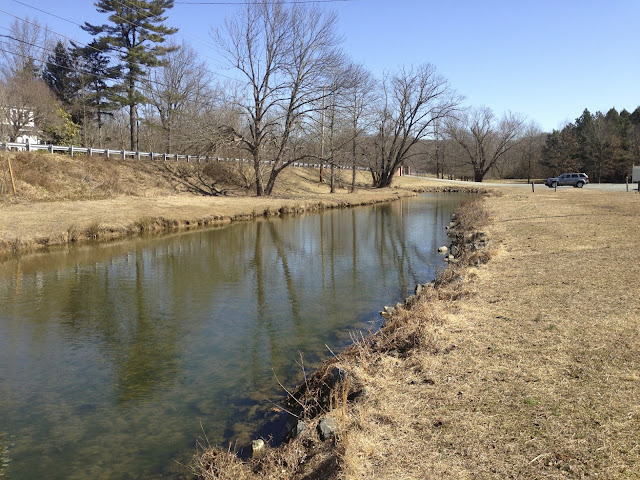 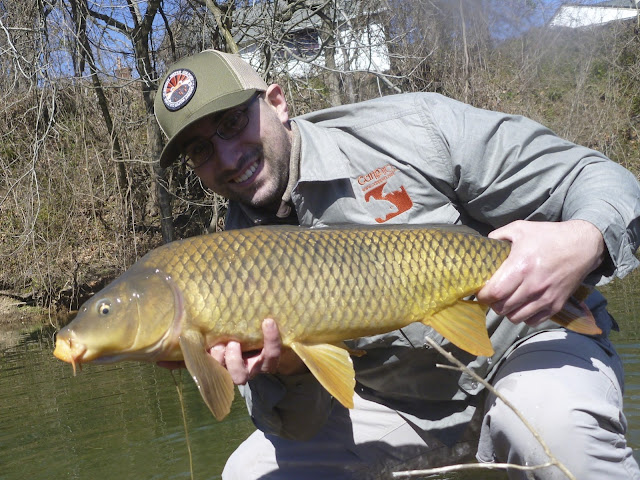 A small body of water fed a channel alongside the string of ponds that opened up in a short canal. This water was gin clear and really shallow. At the end of the stretch, it slowly got deeper until it reached a dam. At the end, I found what I was looking for. In the bright sunshine 20-30 carp were stacked up in the deeper water like a pod of freshly stocked trout. The deeper water didn’t offer them much protection but they were conveniently located underneath overhanging branches. I was able to pick off two fish from the edge of the pod before leaving the rest for another date and time. 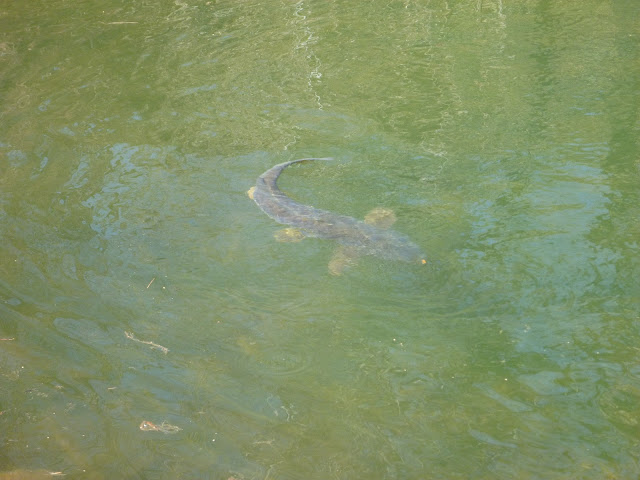 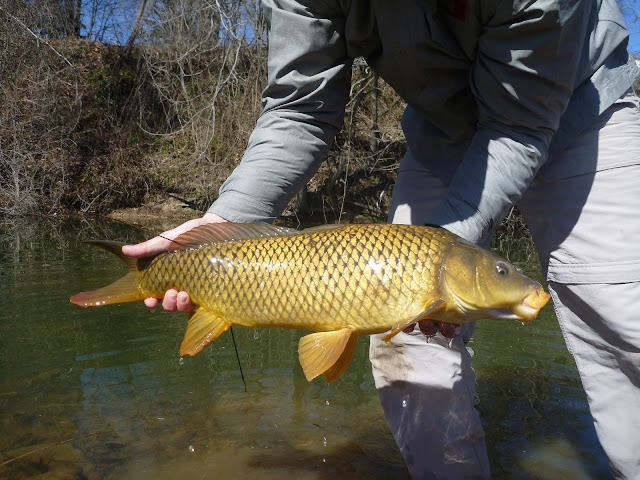 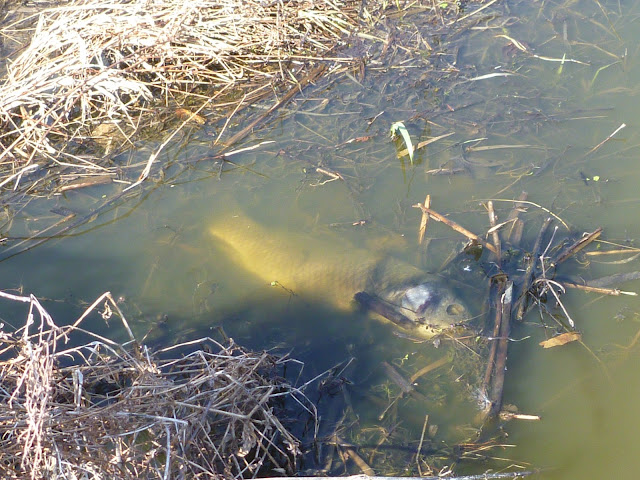 My other day on the water exploring carp was not as gracious. Six hours with the only carp spotted being deceased. This occurred on a fifty degree day at multiple destinations. That is carping in a nutshell. 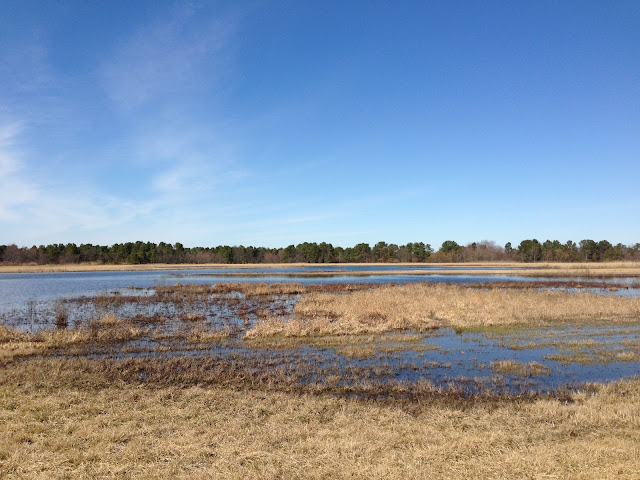 Two hour walk along the perimeter… 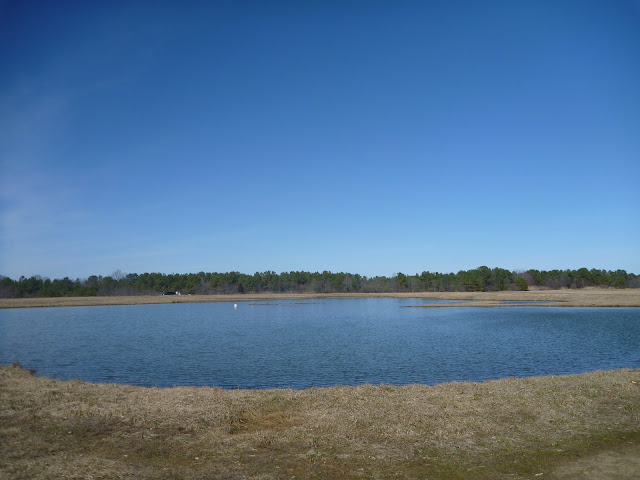 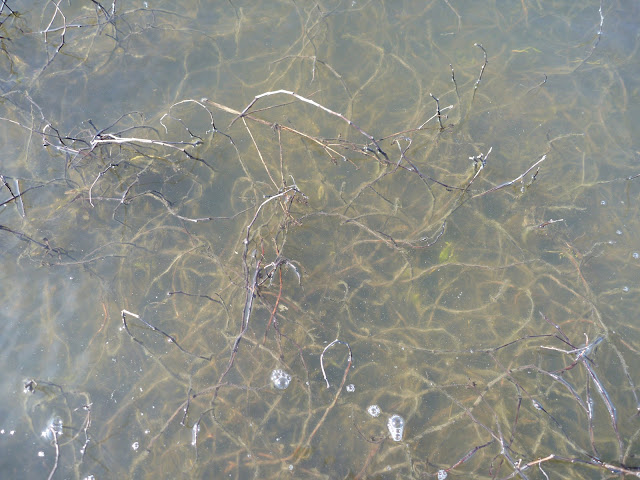 Not a very good looking bottom for carp fishing… 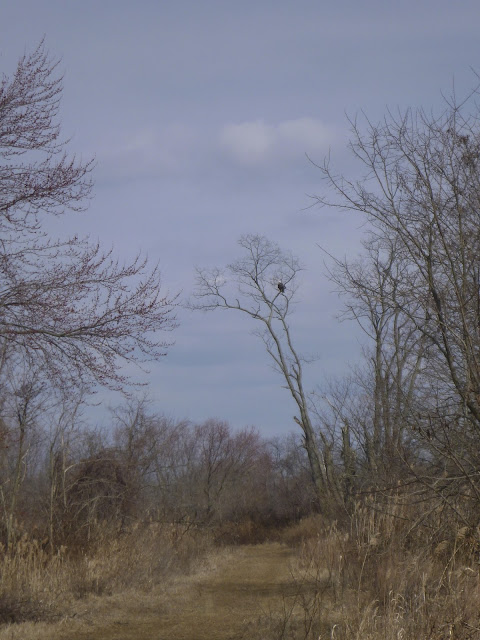 To ease the memory of the previous day’s shutout, I headed to old reliable hoping to catch a few carp willing to come into the shallows to play. I spent three hours here with my only activity being this mud cloud, that despite my best efforts was proven not to be made by a carp. I blamed my misfortune on a pair of bald eagles patrolling the skies, no doubt discouraging any carp from revealing themselves in skinny water. 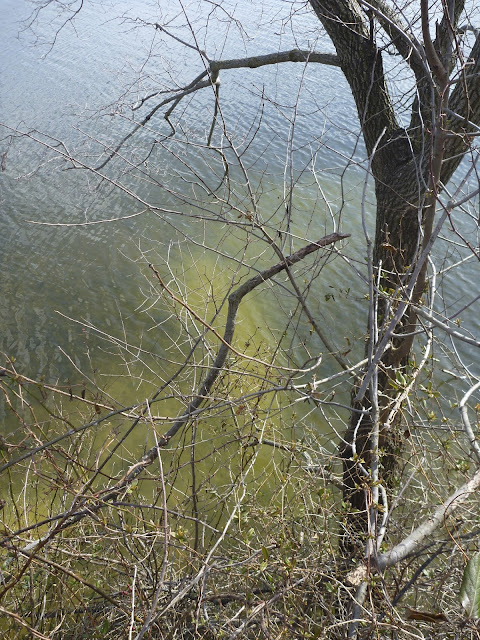 Thwarted once again, I headed to one last spot hoping to wipe the day’s misfortune off the books. As the sun began to descend and the park about to close, I scored one last fish to save myself from a skunking. 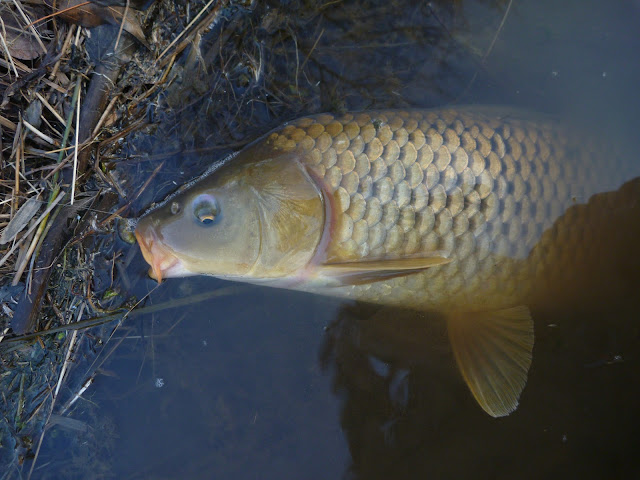 Carp exploration is not for the faint of heart and one might spend days or even weeks looking for a viable spot to fly fish for carp without ever finding one. Every once in awhile though, you will find a new body of water that just might become your new number one destination.