For me, any day in the Florida Everglades is a great day but the other day happened to be a particularly good one. I began my morning with a phone call, my buddy Magnus wanted to see if I was down to shoot around in his canoe in the Everglades for some snook. I couldn’t refuse this great opportunity. We quickly loaded up the canoe and our gear and began our trip South. The plan was to sight fish laid up snook but with a forecast for thick clouds and rain all day, the weather just wasn’t cooperating. We decided to head out anyway. After a long paddle from the ramp, we had finally arrived.

Upon arrival, the snook started to show up. I was on the bow, fly rod in hand, while Magnus was on the yeti poling the canoe and searching for big fish. It didn’t take long before Magnus pointed out a fish waking in shallow water. I tossed my gurgler a couple of feet in front of the wake. As I popped the fly, the fish chased and inhaled it within seconds. After a hard fight of preventing the snook from darting into the mangroves, we landed the first fish of the day. A solid one at that. 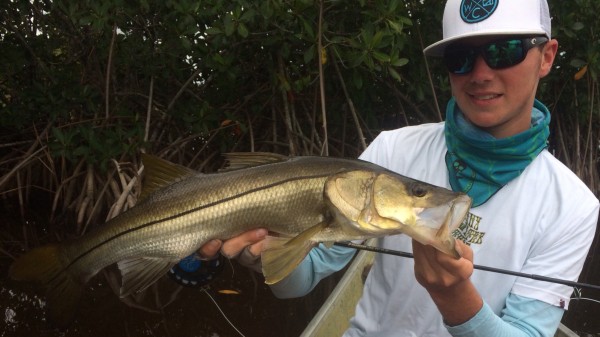 Next, it was Magnus’ turn up on the bow. After poling him around for a bit and not seeing much, I saw something out of the corner of my eye. “Big snook at your 9 crawling left!” I said, but Magnus was unable to see her due to the gloomy weather. “Just put a cast at the edge of those mangroves, fast!”. His cast hit the fish right on the nose. She just sat there and looked up, cross-eyed. He popped the gurgler once and she hammered it! A crazy battle pursued as the snook pulled the canoe around. I finally got a hold of the fish and pulled her into the canoe. Measuring in at 32 inches, she was Magnus’ biggest snook ever! 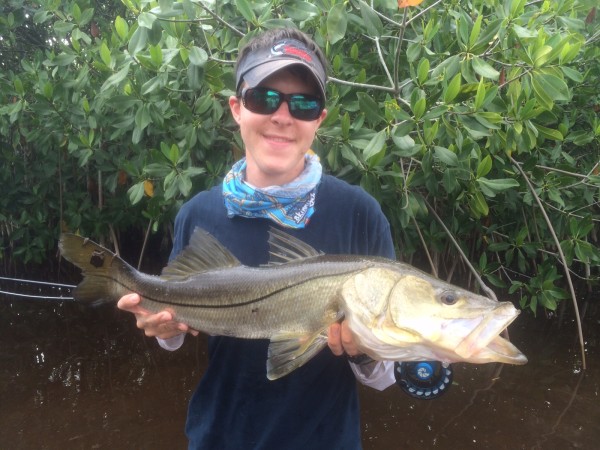 (While taking pictures of Magnus with the fish, I actually fell out of the canoe and into the mud. Nothing like hot mud inside your shorts to keep you warm during the cold rain!)

Later on, we found a narrow tunnel with some big snook swimming up and down it. The fish were in such shallow water that you could see their backs and the water pushing around them. I threw the gurgler into the canal and my fly got railed by a nice snook almost instantly. After a quick photo shoot, we gave her a healthy release. 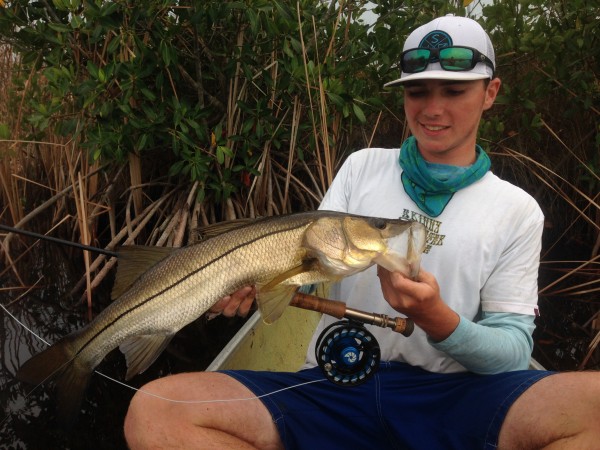 As the day progressed, the rain continued but the bite never slowed and we kept catching snook on topwater flies until the sun went down. I also fell out of the canoe two more times… 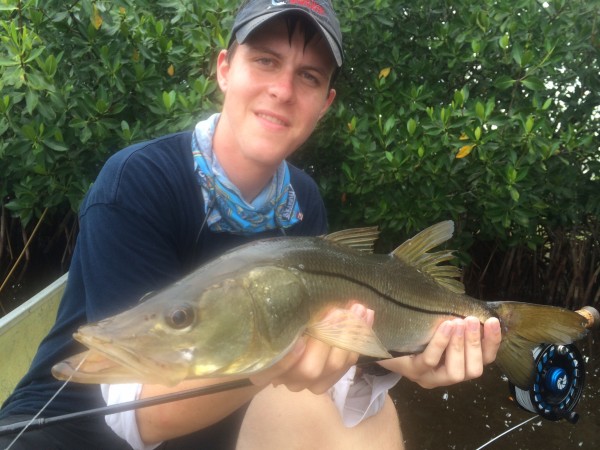 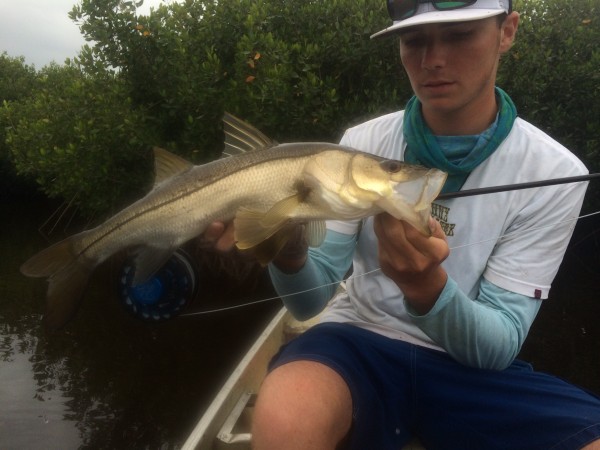 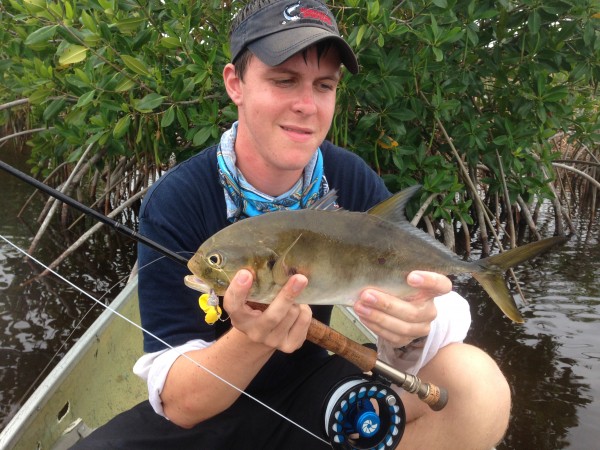