I can’t do it justice….but here it goes.  Vince, the godfather of SWC recently made the journey to the Keys to catch his first bonefish on fly.  This was his only shot…one day, one chance to catch his first bone on fly before the big Bahamas trip.  Luckily we had one of the finest guides in the Keys to make it happen, Captain Derek Rust aka Gentlebro.     Vince has long been predicting that he would drive down and get it done on the first shot.  The first 5 hours he stood watch on the tower…nothing.  Then…just as predicted, a school of bones appeared.  Without hesitation, Vince put out the perfect shot…fish on!  Unbelievable…one day to get it done and in January of all months.  Fish came to hand and we all celebrated!  Minutes later Captain D took the bow…bonefish 12 o’clock…his one and only cast of the day resulted in a nice bone.  More celebrating.  Could we pull the trifecta???  The Godfather said it wouldn’t be a problem so of course it happened.  Minutes later I took the bow…same story bonefish 12 o’clock…fish on!  3 for 3.  Now we can go to the Bahamas…I will be standing side by side with the Godfather…no telling what will go down! 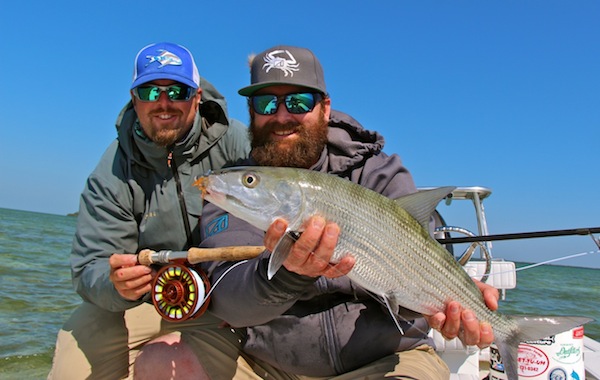 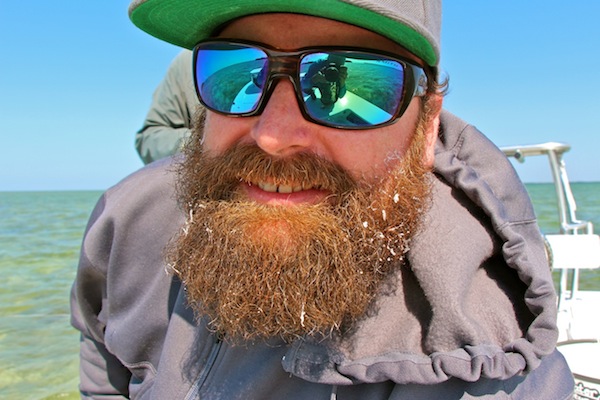 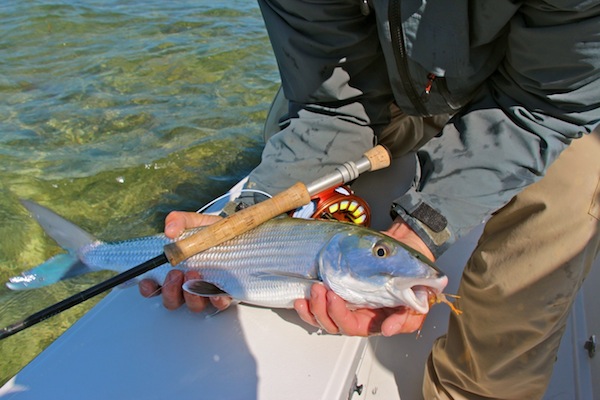 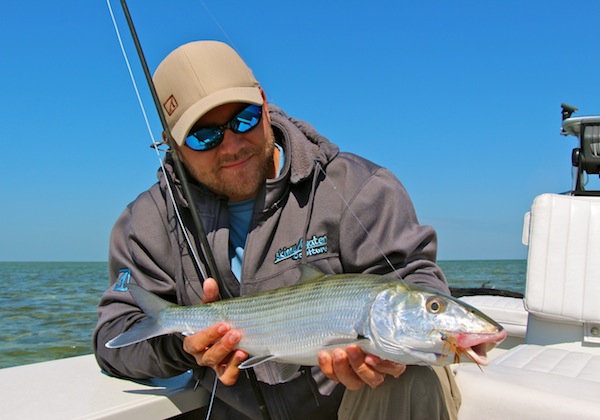 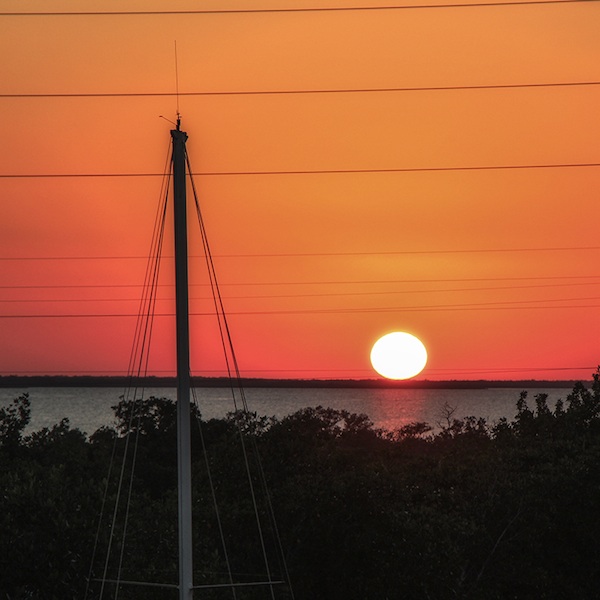 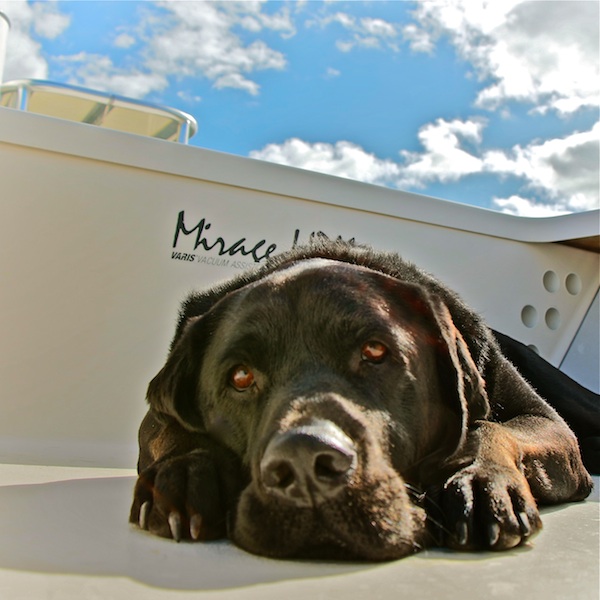