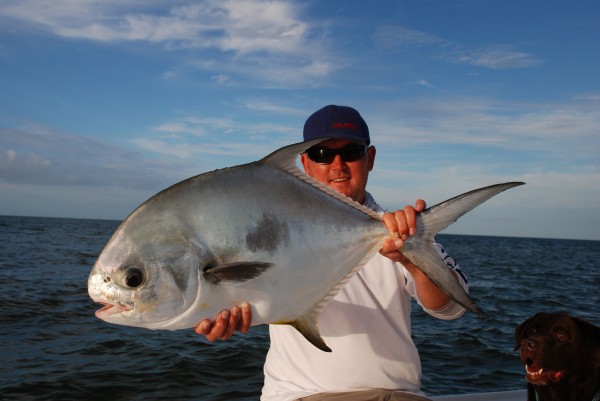 Yesterday, I spent a few hours on the water with a great friend Mike O, and my faithful labrador Chowda.  We were doing a little bit of scouting, and generally just goofing around.  We were running out of time and had just a little bit of sun left, so we decided to try to get Mike his first rubber lips on a spinning rod.  Mike and I have spent hours poling the flats here trying to get him his first permit on fly, but we haven’t been able to make it happen yet.  Yesterday, we decided to throw a filet mignon at one and try to get it done.  Here is the result… Good work buddy!  Glad I was able to be a part of that with you. If anyone sees permit #BTT06720, let us know.

Look him up  on IG @captcrunchodell