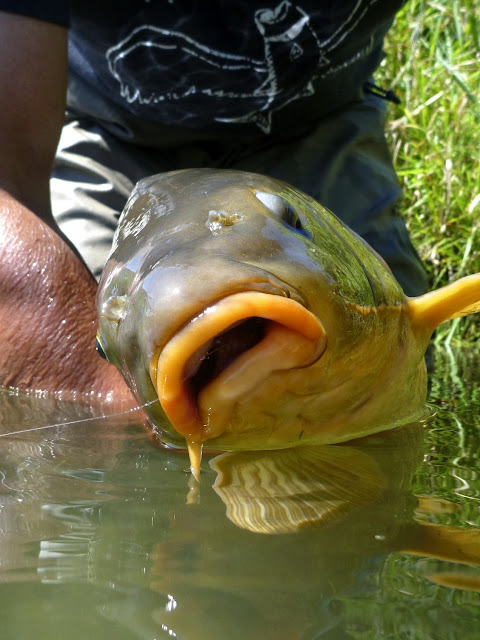 It is late August and there are sporadic reports of good numbers of salmon running through the lower end of the Douglastown Salmon Run. Naturally, my mind wondered to two handers and swinging flies for fresh kings, cohos, browns, and steelhead. The reports elicited enough of a response that I decided to break my one rule for salmon fishing: wait for the main push of fish before dropping everything and going for it.

Just as the salmon are moving upriver, my journey took me nearly six hours north to the closest migratory fish waters: the Salmon River. The drive was done in typical fashion, suicide style on zero sleep. This was my first time making the journey by myself and it featured copious amounts of caffeine.  Not used to the silence, I found myself drifting towards sleep more than usual. The last hour featured several slaps in the face, a few miles driven with my head out the window, and random dancing to songs I normally don’t listen to. Upon arrival on the DSR, the 30 hours of no sleep were suddenly forgotten and I was ready to fish for 12 straight hours.

My one rule is a wise one, not to be taken lightly. For someone that has to drive six hours both ways to catch these fish, you better time it right. I didn’t. My decision was prematurely made and I found the entire run mostly devoid of fish. The sun was high in the sky and I didn’t even see anyone hook anything. The day was spent casting and trying a variety of skagit and scandi heads attempting to dial in the Loop Cross S1 7120. I even left the river early, deciding that I was going to drive back home. I didn’t make it all the way.

Plan B occurred in Cortland, NY where I aimed to check out the headquarters of Cortland Fly Line company, get a bite to eat, and maybe fish a stream there for some brown trout. I missed the closing of the shop by twenty minutes, grabbed some Subway, and then watched the beginnings of a hatch on the local stream. I rigged up and hit the water with an old box of trout flies I thankfully had laying around in the truck. The trout were well educated and really picky. After an hour of dry fly refusals I made the decision to re-do my entire leader from scratch and it ended up being about sixteen feet. I tied on a sulphur emerger and caught a 17 inch brown on my first cast. I caught a few more small browns and then headed on to plan C.

I slept in the back of the truck and awoke on the West Branch of the Delaware. However, I was definitely not there to go trout fishing. I was there for a small population of carp, some of which are actually quite large. I awoke early, and had really good fishing with the sun at my back for two hours. Then things got a little more difficult. I ended up ditching my white hat and black shirt for something that blended in with the foliage a little more. As the day got to noon, things died down a lot and I drove home.

The carp all fell for a carp crab, which is a heavily weighted crayfish imitation that was designed with the saltwater diablo crab pattern in  mind. I prefer to fish it by casting beyond my target (to avoid spooking my fish) and dragging and dropping the fly into the zone or path of a feeding/prowling carp. The pattern is absolute money. Fish take it as it falls, or as it sits on the bottom. Most fish cave after the first twitch. However, I have had fish chase it down and even turn 180 degrees around to eat it. I highly suggest this pattern.

Fishing plans don’t always work out the way you want them to. There are just too many variables that can get in the way. In the case of migratory Great Lakes fish, they weren’t in the mood to run the river the day I was there. Thankfully, I brought extra gear for other species and was able to make an otherwise unproductive trip into one that I will always remember. 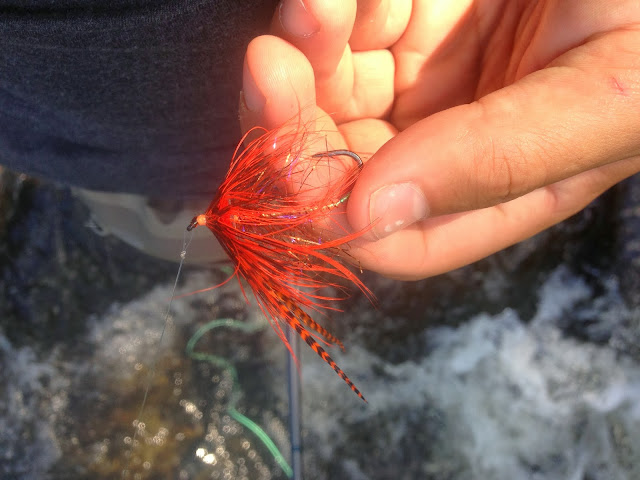 My number one king fly…not this color though. 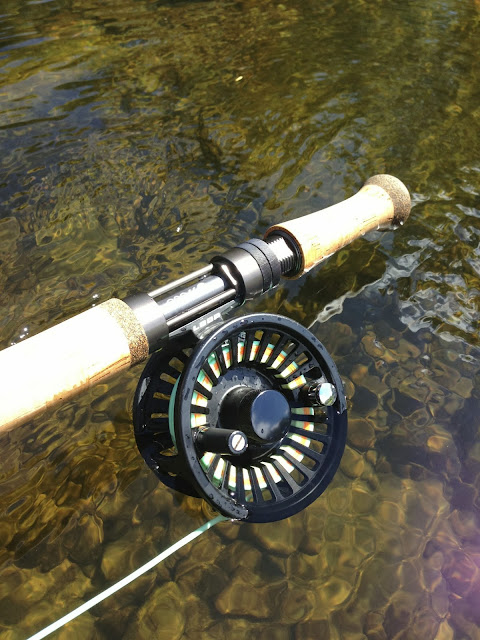 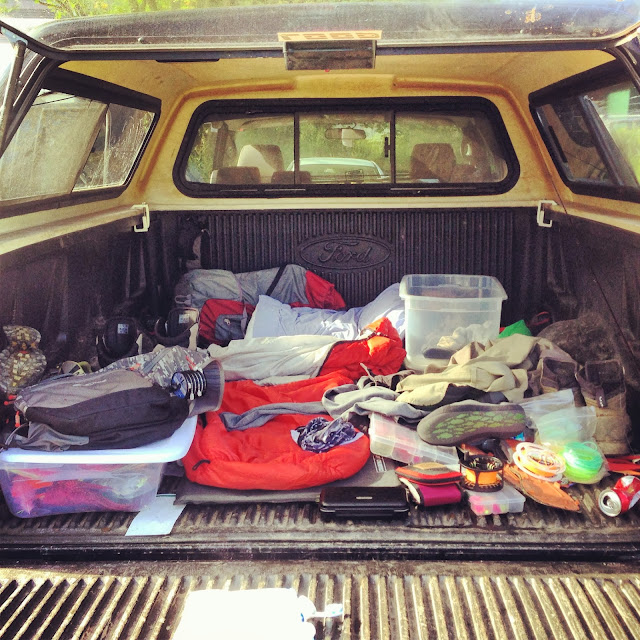 If it’s more than 20 degrees outside, I am not paying for a hotel. 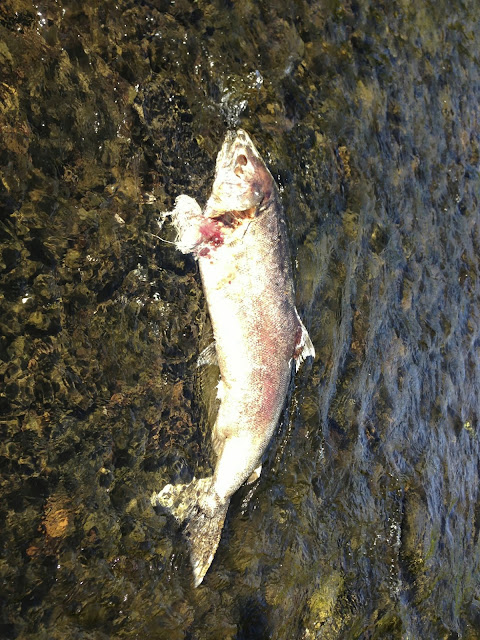 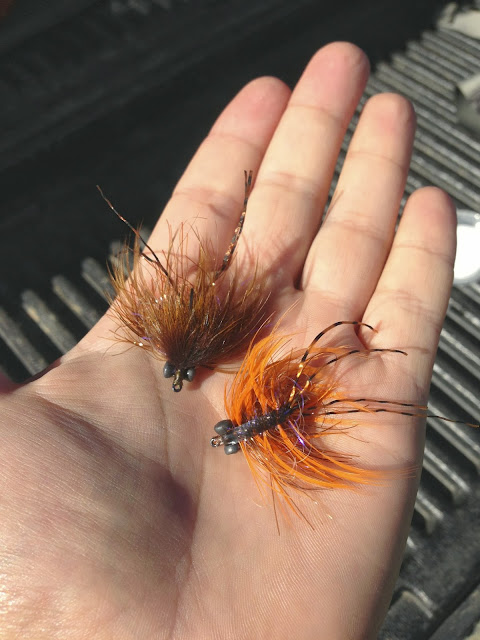 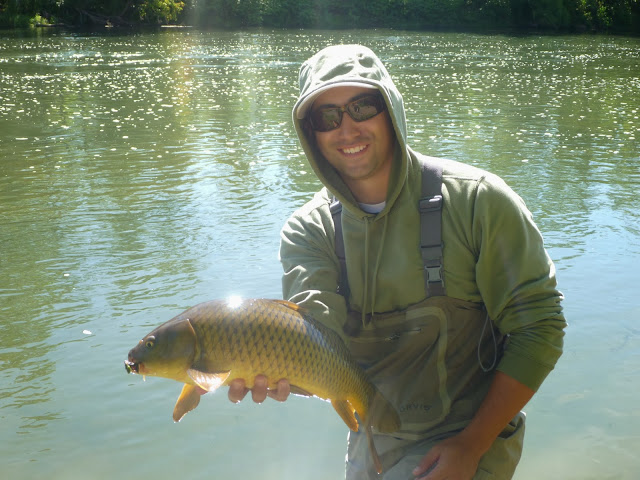 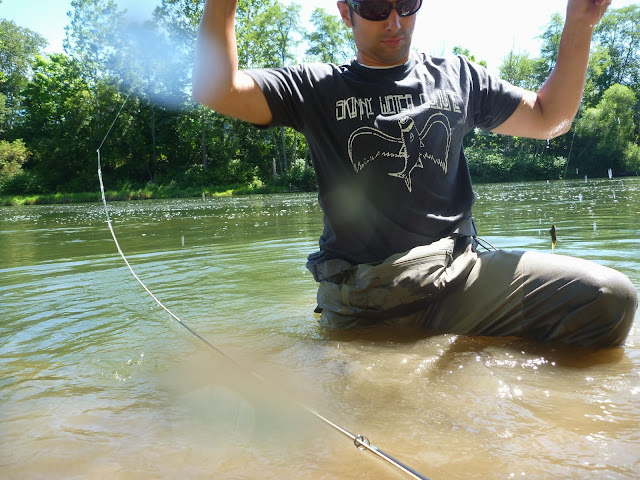 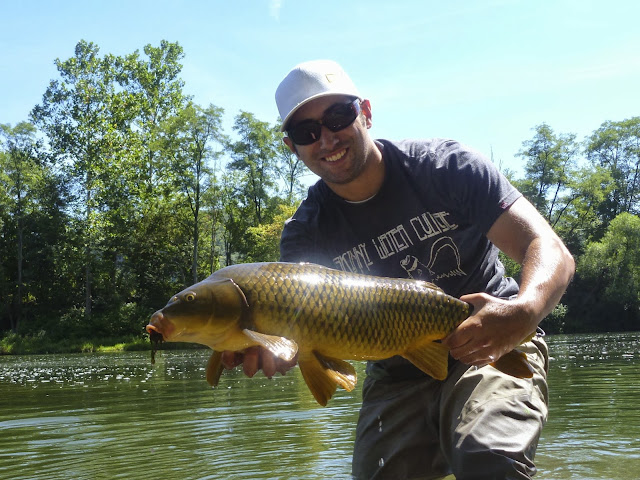 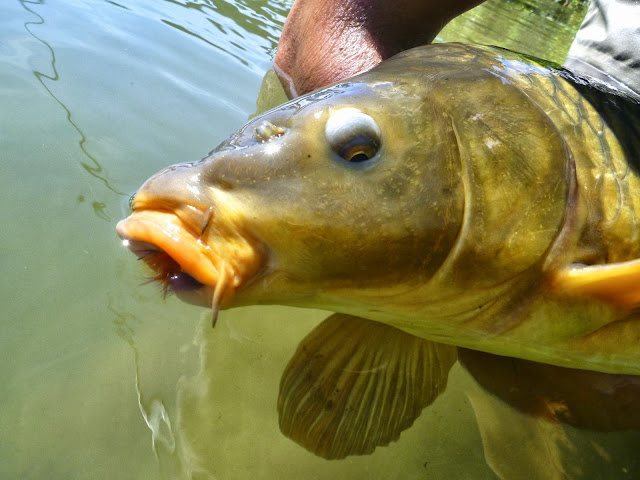 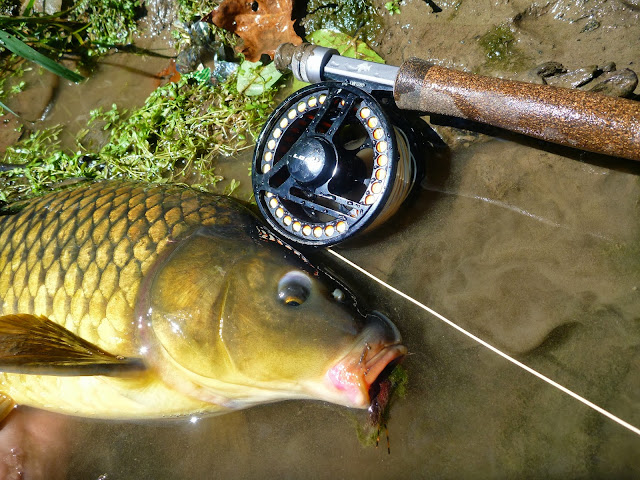 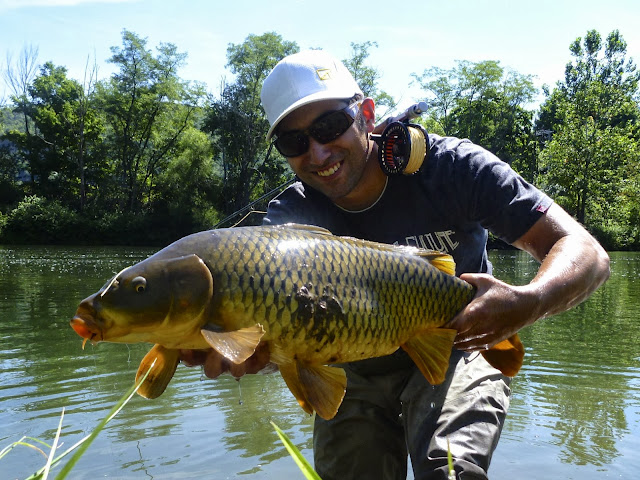 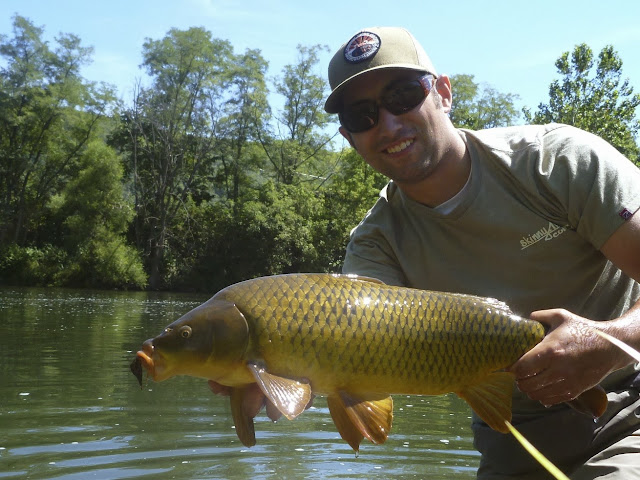