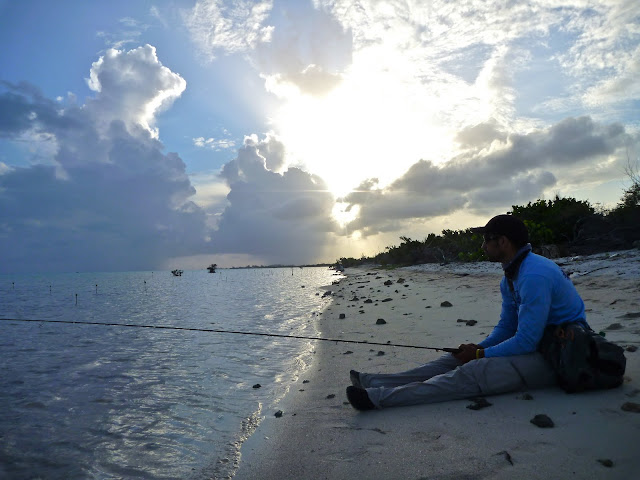 The last two days of our trip went by in a blur. After a week of fishing under the hot sun and sleeping on the beach, our bodies were begging us to stop, but our hearts were dragging us on. 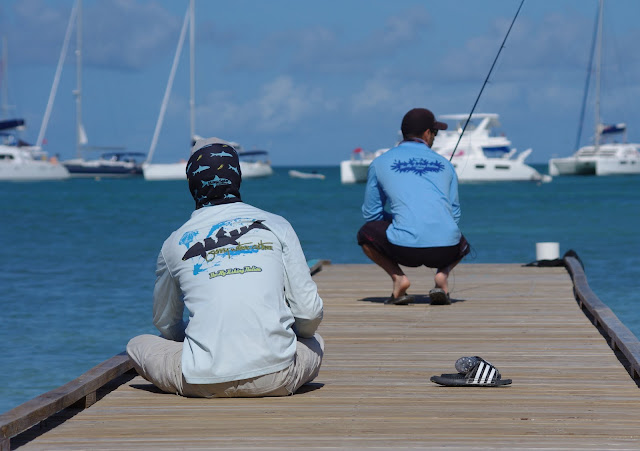 Our last two mornings consisted of a long sleep in, dollar a cup coffee, and lazy attempts at coaxing tarpon from under docks. Our back casts went in between tourists coming off yachts and catamarans on their way to breakfast. Their kids eyeing our every move and asking question upon question after each jumped fish. 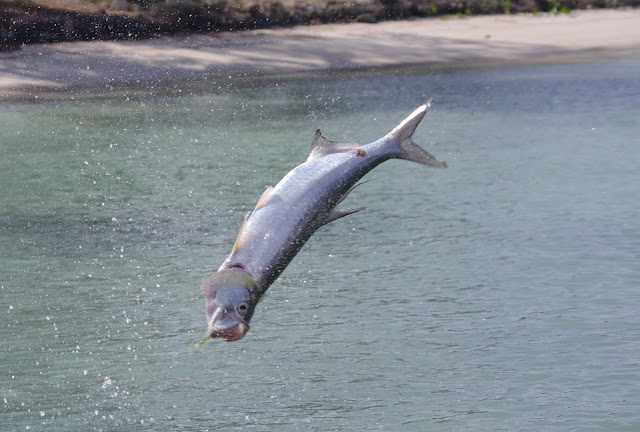 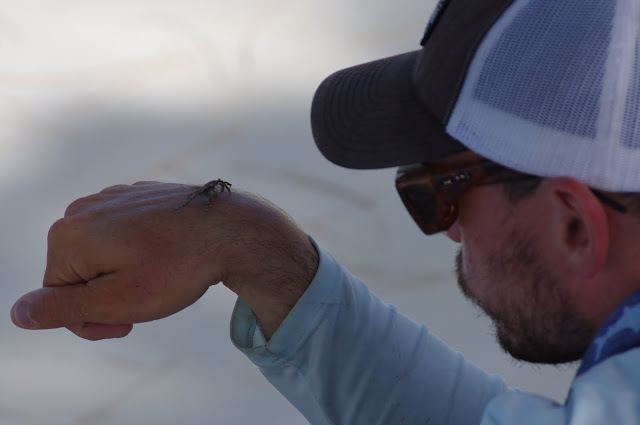 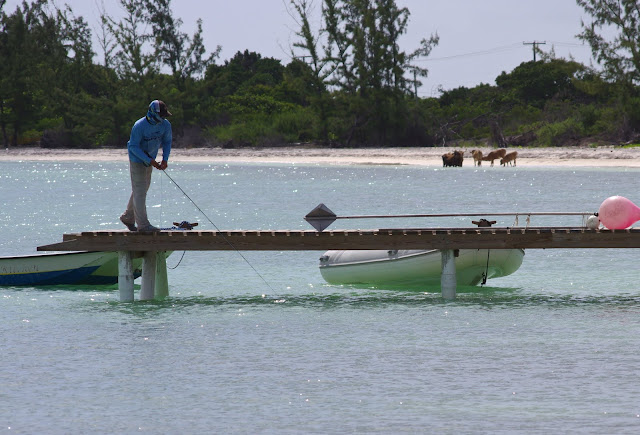 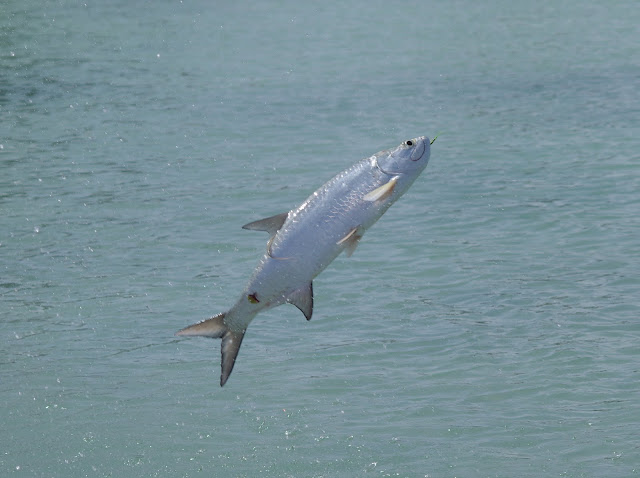 Eyeing fishing boats from the dock we laid witness to why there aren’t any large sharks around. They are lobster bait. Their muscular bodies are chopped up and used as lures in thousands upon thousands of lobster traps throughout the Caribbean. A near constant abuse of the ecosystem that will one day completely collapse. 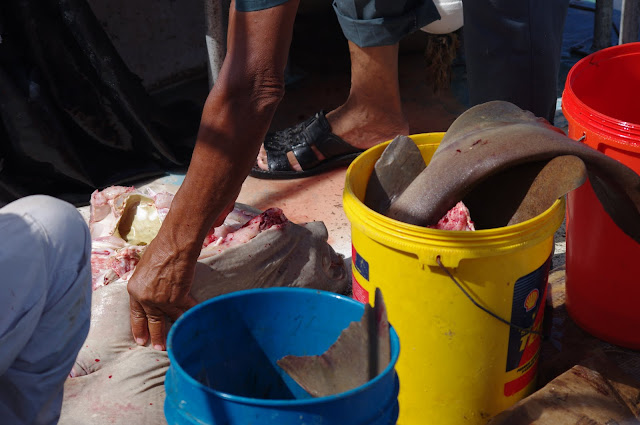 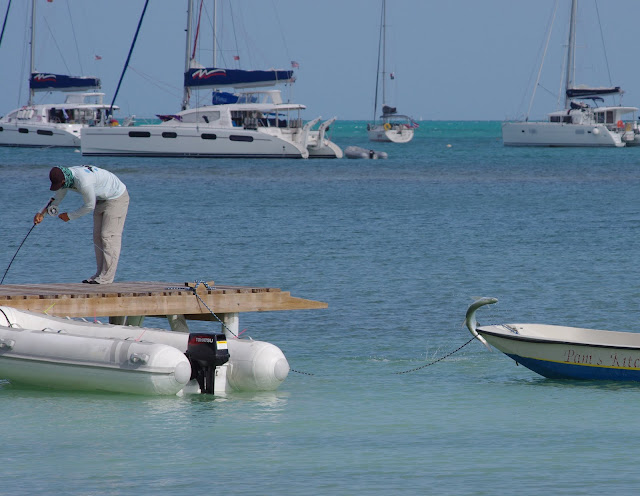 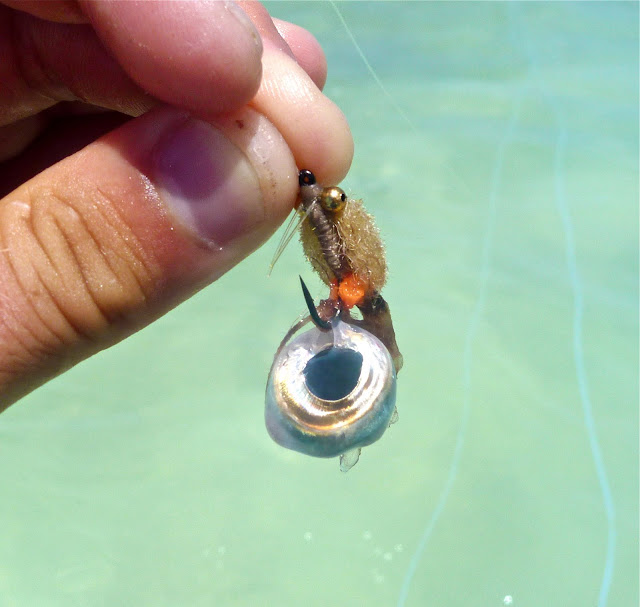 Our last chance on the flats had some success. Matt hooked and landed our last bonefish in perfect conditions while I stalked the deeper waters looking for any sign of permit. Adam had a horse eye jack rob him of a silver ghost. The little guy missed the fly and paid dearly by losing an eyeball. 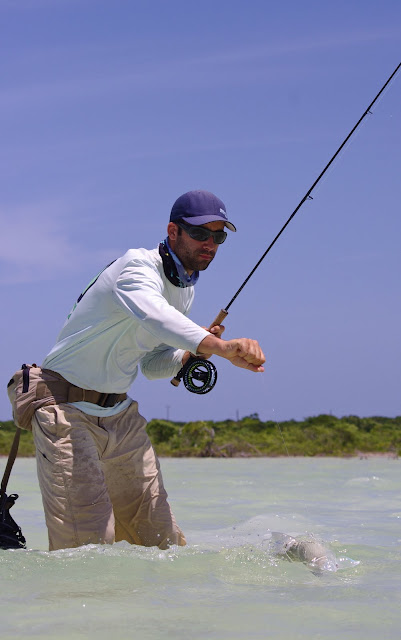 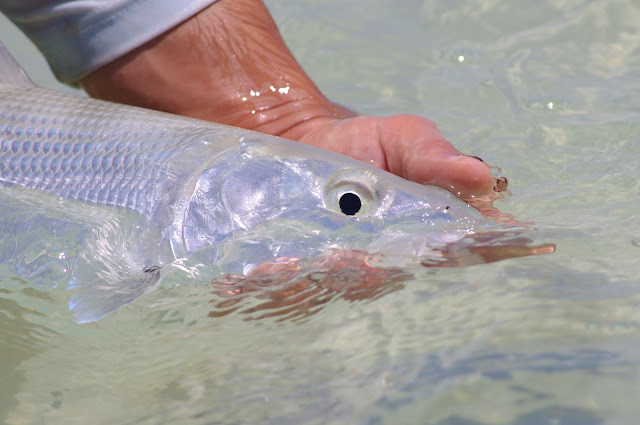 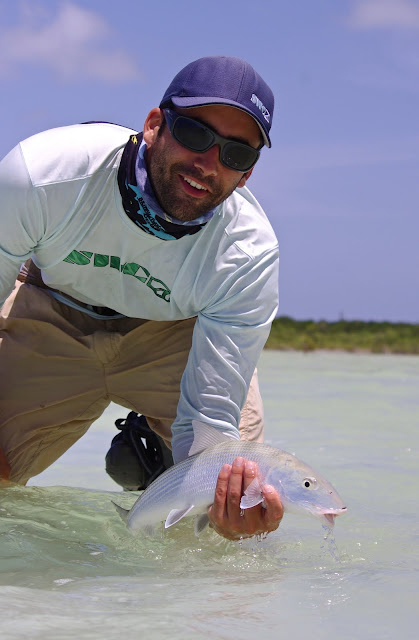 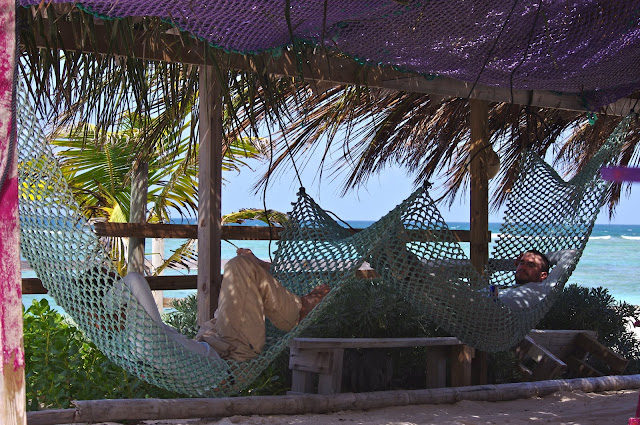 Exploring the northern side of the island, our rental broke down and we were stranded for several hours. We snorkeled along a barrier reef full of life, slept away at an abandoned beach bar, and bravely took the pontoon to the break. 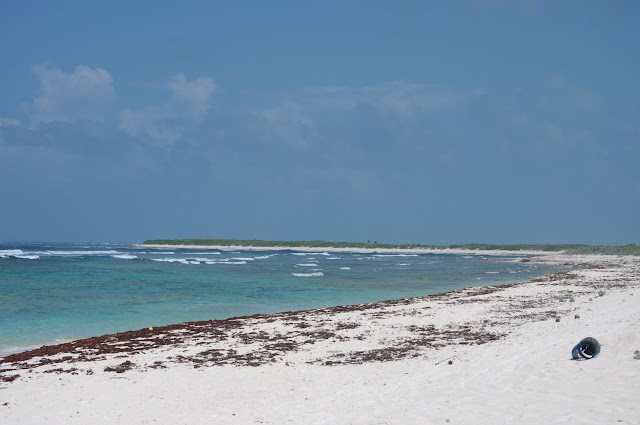 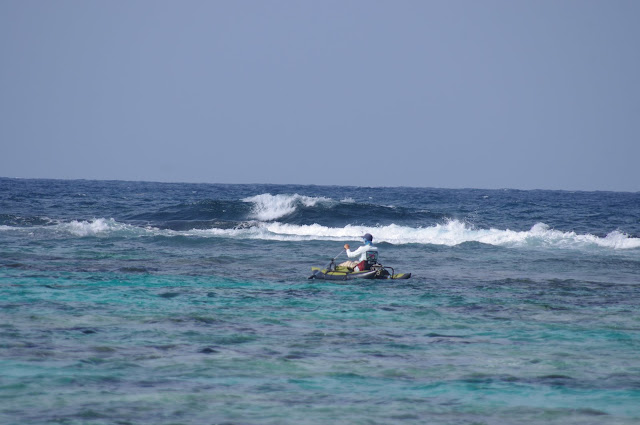 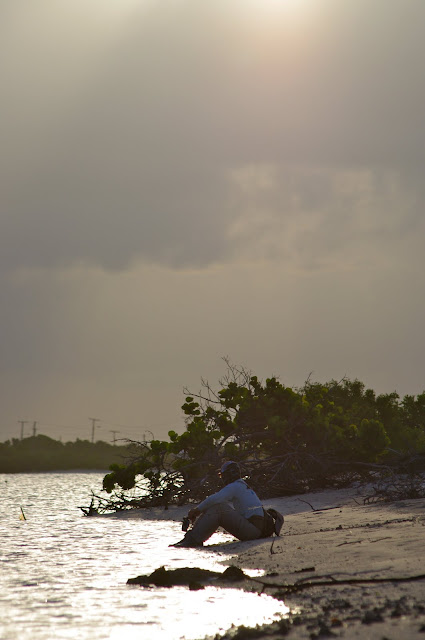 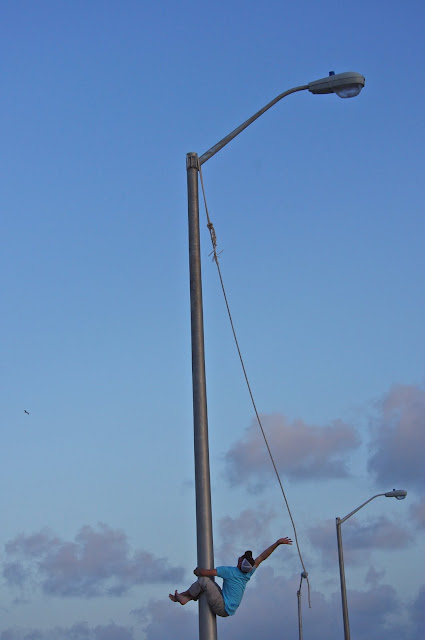 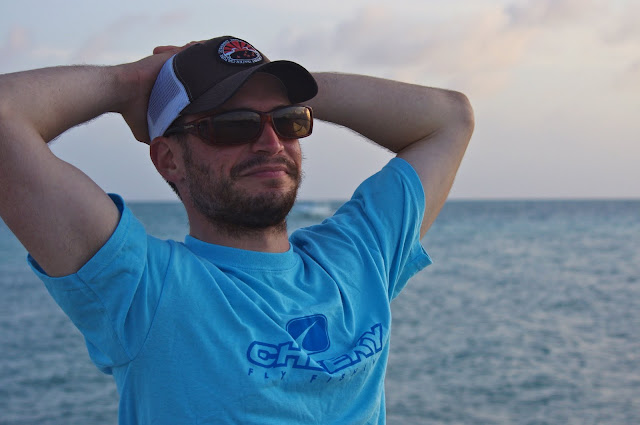 The last thing we decided to do on the trip was to actually buy a meal. A decision that made us hypocrites for lamenting all the dead sharks used as lobster bait. Wearing skinny water microfibers coated in all sorts of fishiness, we scarfed down the best lobster I ever had. When a heavy down poor came, the other diners (dressed to impress) ran for cover. I simply sat and ate, while I enjoyed my first shower in 8 days. 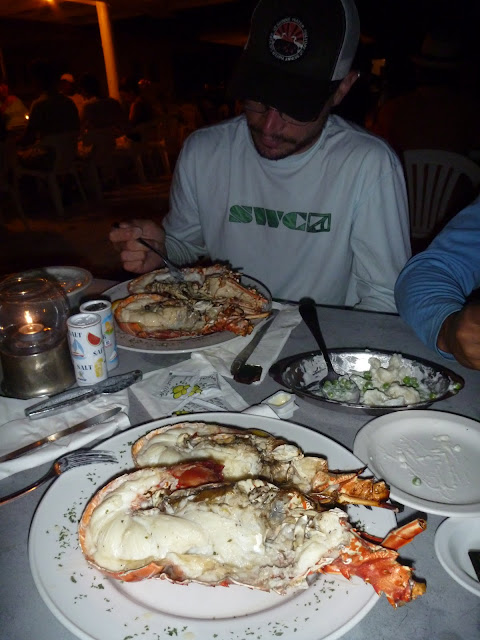 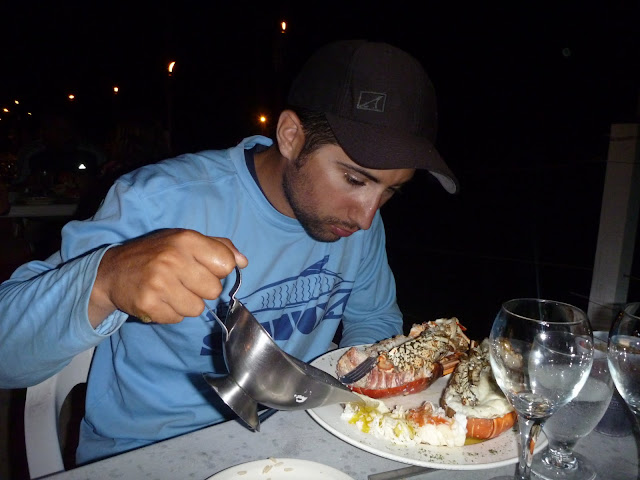 Back at the camp site, we set up our tent and hammock for the last time, as rain soaked us to the bone. We hopped into the tent worried of heading back to a life of reality, our annual taste of the dream coming to a fitting end.
Share
Share on Facebook Tweet on Twitter Pin on Pinterest
Back to Blog