This year Ill be working on a film project about Back Bay. This Eastern Virginia watershed was once a world class Largemouth bass fishery. At at average depth of 3 feet, its all Skinny Water. Due to environmental changes the fishing and grass beds have declined. But that’s changing because of the efforts of several agencies and citizen groups.  It’s making a miraculous comeback and I am going to show you all how. One of my fly tying mentors used to fish Back Bay back in its prime. These are a few of his famous poppers. In the next few months ill be using these just as he did. Lets hope things keep looking up. 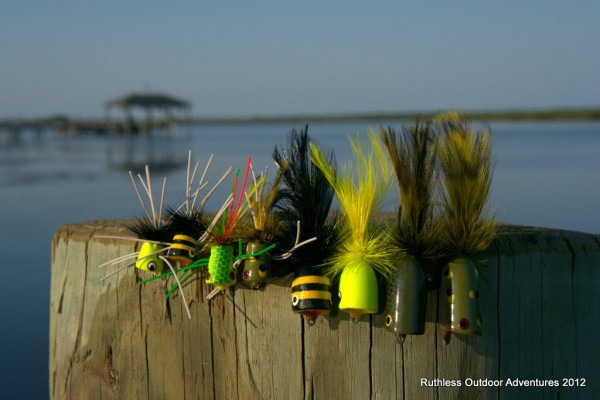