My wife and I are currently on a 15 000 km adventure driving across Australia from the West to the East and then back again. This was never going to be a fishing packed adventure, rather a chance to slow down and relax the pace of what has been an enormous year for us both. Our aim was to pack as minimal as possible, live simply and not have to pay for accommodation, with camping in the bush our personal preference.

With a broad range of ‘friends’ around the continent getting detailed information on locations worth checking out and scoring places to stay for free was as easy as a querying post here or a personal message sent there. With the tally at 12 of actual nights slept in the tent the generosity of everyone we have stayed with has been incredibly appreciated.

These ‘friends’ I mention are real people, some I have known for years and some I have actually never met. It certainly shines on a positive side of social media being able to connect with people with the passion and fly-fishing lifestyles just like ourselves, all over the world. Our daily feed of pages overflowing with fish and amazing photography is the norm and sooner or later you have your mental bucket list of people that you’d love to hang out with for a day.

With an offer of an opportunity I couldn’t refuse with one such person I hit the road for a weekend of fishing for an almighty Australian native, the Murray Cod. Living in freshwater these things are known to slurp down whole families of ducklings and grow to well over 50 kilograms. With a late afternoon hike into a gorge we fished well into the night. We threw big chunky poppers with half a hen hanging off them hoping that the ambient light from the big full moon would entice an eat. With only a few boofs between the group of us and no hooks set headed home and got a few hours of sleep.

We hit the road ridiculously early the following morning and drove deep into the Australian bush. Parking the 4WD we hiked further into the gorge which contained a long string of pools divided by all sorts of shallow rock bars. With the sun just about to pop over the range the next hour or so was going to be our best chance to entice one of these monsters to eat a surface fly so we set off fishing the eddies and runs flowing between each pool. Josh and I fished a very attractive looking pool with a deep hole shadowed by a row of overhanging trees. We had made half a dozen casts each with no response so last cast was called. At that moment the call was made to move Josh spotted a Cod swimming up the run we had been casting at and put his ridiculously oversized cube headed fly right in its path. This thing scoffed it off the surface and after a very ‘easy-does-it-cause-I-don’t-want-to-loose-it’ fight there in the net was a Murray Cod. It wasn’t the big one that we wanted but it didn’t matter, we were stoked.

We fished and hiked for kilometers up the river casting and blooping as hard and as much as we possibly could but did not see or get another hookup. After lunch and after a bit of a scare with a snake we fished the last big hole and picked the best of the spots to have a cast at on the way back to the car. With a bunch of stacks between us and a fair few bruises and blisters we were actually content with a ‘one fish’ day.

In the end, it could have been quite easy for Josh to have said ‘maybe another time’ or ‘not today’ but he didn’t, and because of that and without trying to sound too corny, I had a days fishing that will stay etched in my mind for a long time to come. If you see that there is someone in your area that’s looking for a few tips or you can fit them on the boat or in your car, take them for a fish. I know there will be sacrifices that you’ll have to make but think of the experience that they have had. 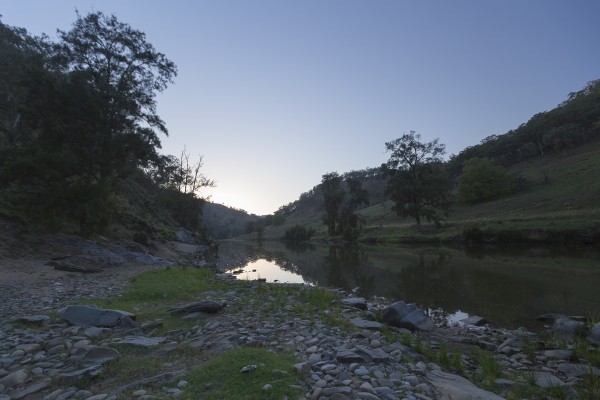 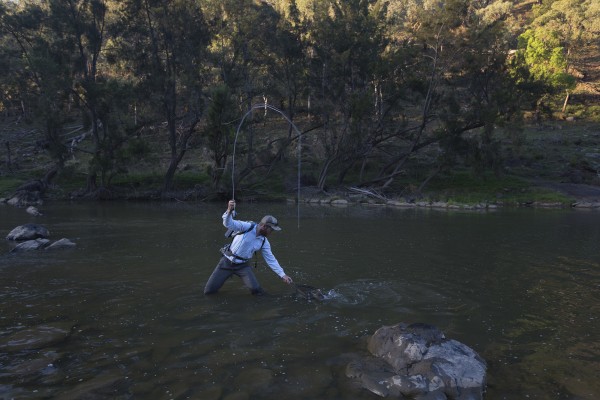