After being trapped all day in bed with a fever, I decided to get out in hopes that it would at least clear my mind. So I made a call and was on my way.  My buddy Warren Chin and I stopped by Strongarm Products new facility to check it out. Of course, we brought fly rods with us, as we figured we might have some time to fling some bugs around. 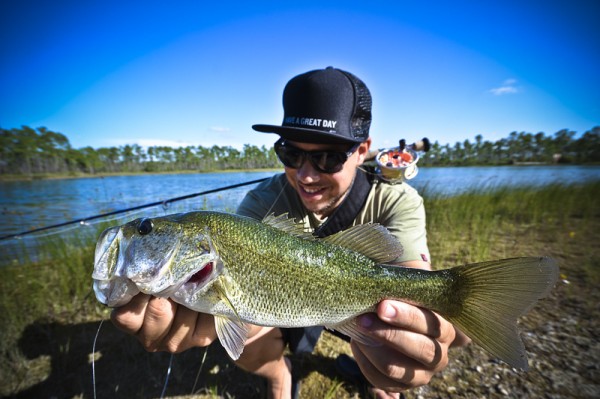 We made our stop at Sonny’s for a late BBQ lunch, then decided to drive through the ‘glades and see what would take our offerings. It’s something we rarely do. So we decided to not spend more than ten minutes at each spot and continue to another spot. iPhone Maps helped us find areas that we can get to in a Galant. First spot, had a couple Gar crush our clousers but not hook up. Second spot, two cast’s in, we each landed some beastly largemouth!

Third spot didn’t yield anything, in about five minutes we were there. So we were on to spot four, but again just some more bass…. 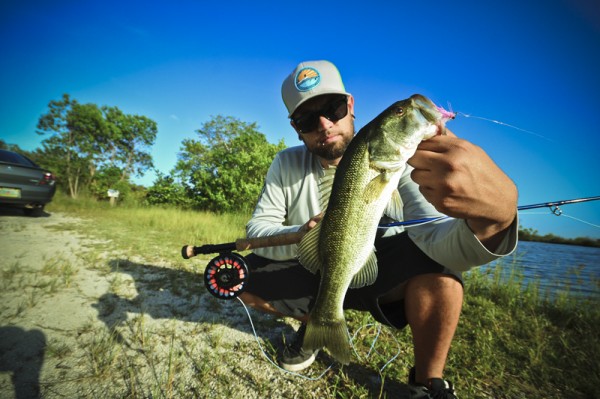 Spot five, we finally found what we were looking for. MiniLops rolling around in the distance. They stayed out of our range for most of the time. We had now broke our ten minute rule, as we couldn’t just leave…. As the sun made it’s descend to the horizon, the fish got closer to us. Finally, as I’m casting, I see a roller just out of my range, but coming toward me. I strip the gurgler about four times and see an explosion. Immediately I assumed it was the same fish that had just rolled, but I noticed it didn’t go skyward. Sure enough, it was Mr. Snooker making an appearance. 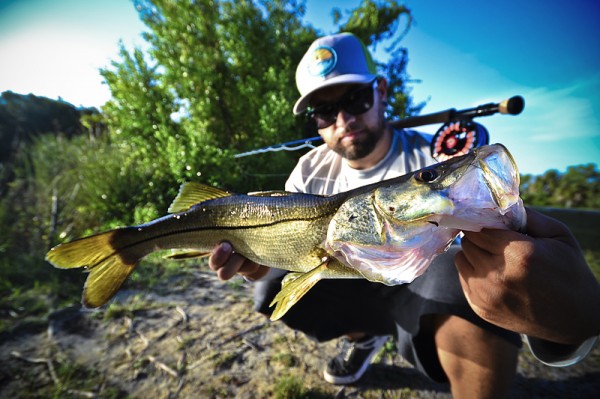