As for many of us each trip marks a new mile stone and checks off another item on our bucket list’s. For me this whole year has been filled with just that and I thought  I would make this post to share it with you from my biggest Redfish on fly to my biggest Redfish on the flats. I truly have been blessed this year .

In May several of my friends and I planned a trip to Islamarada  so my wife and I loaded up and south we went. Little did this weekend would change my life forever. Before leaving my Grandfather had been very ill and admitted to Hope Hospice. I went and saw him friday afternoon before we left and told him i wasn’t going to go because he wasn’t doing well. He quickly replied I want you to go you need to go and enjoy your self. I’ll be fine and I’ll see you when you get back. So I hugged him and off we went,little did I know that would be the last time I would speak to him.

Upon arriving in the Keys I jumped on the boat with Jose Sanchez and we were off towards nine mile bank. After poling a couple areas with the water dropping quickly we moved to a area with deeper water. Once settled in and on the platform I spotted some Tarpon rolling just ahead. I had a pink and white slider on my 9W and was ready to come tight.

Stripping out more line for a fairly long cast I saw my shot and took it. Bam hooked up on a 15-20lb Tarpon but it was short lived. He broke me off after three or four jumps then it hit me I never changed my tippit. I didn’t stand a chance with that fish on a 8lb tippit that I had been using for triple tail the last time I had used that rod.

I quickly retied but that pod of poon had spooked right off of the flat. So we made another move and boy did it pay off and quickly. I landed my largest Redfish on fly with just enough time to make it back before dinner at Hog Heaven. 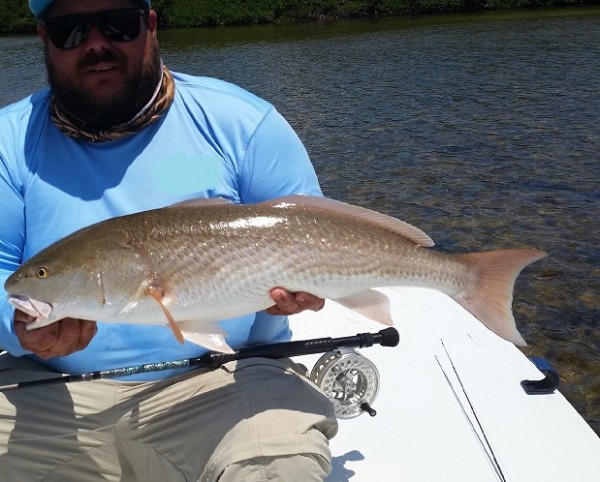 The next day we headed home my wife and I talking about what a good time we had had and that we were going to stop on the trail on our way back and try for some tarpon and go see grand pa. As we neared a area i like to fish for micro tarpon I received a phone call from my dad. As soon as i heard his voice I knew I didn’t make it back and that he didn’t make it. R.I.P Grand Pa.

It took me a little while to get my head straight and get back on the water. I bought a new boat and off I went. Taking him with me in my thoughts each trip. Ive fished my entire life, I catch alot of fish but things seemed different from that weekend in the Keys till now.Big numbers of fish,large fish etc. 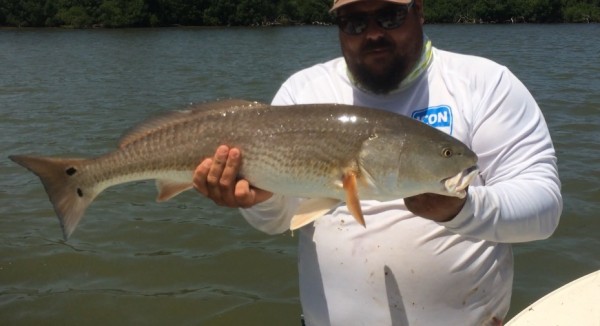 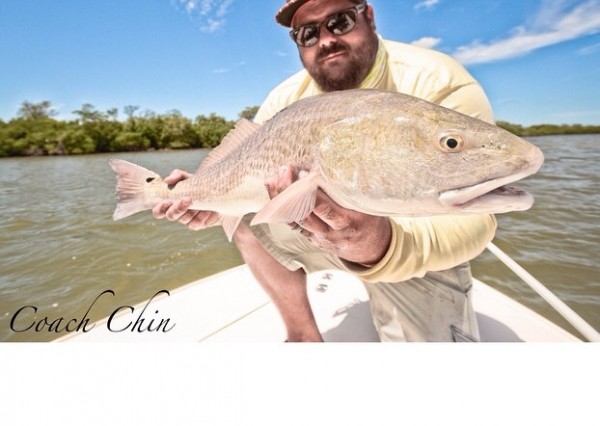 I was on a roll, My team and my self had a very successful tournament season finishing in the top five in twelve of the sixteen tournaments we fished in as well as four of them being in the top three. And also getting into some calcutta placings as well, this next picture was a calcutta winner for most spots and it came on fly while casting at tails with Matt Cox during a charity tournament. 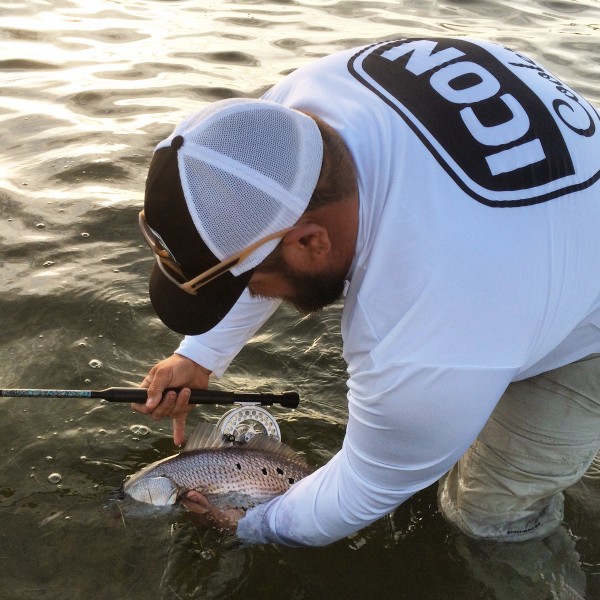 And this big dude getting heaviest red in another charity event. 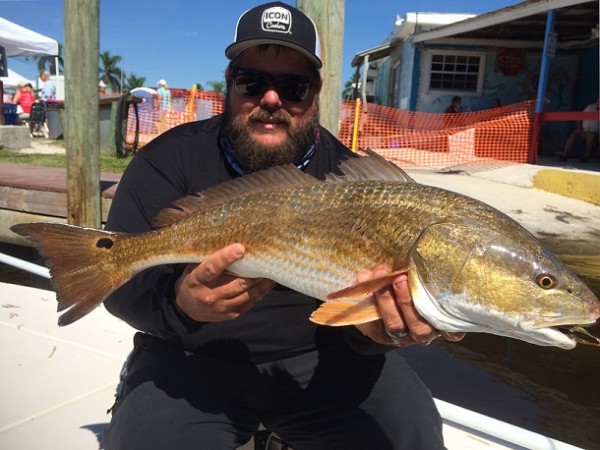 Well I hope everyone enjoyed reading my first post on the blog. Looking forward to seeing what next year has in store. Thank you to Vince and Jenn as well as everyone else involved in Skinny Water Culture for affording me the opportunity to be a part of such great company and family. As well as my other supporters. My wife and kids, Icon Coolers, Sewell Custom Rods, Dizm Eyewear and Bozeman Reels.