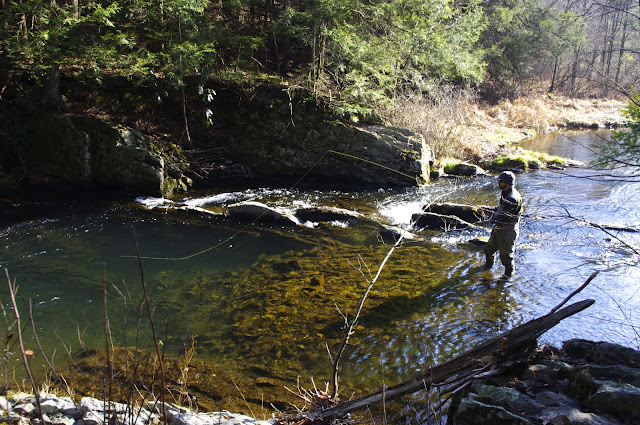 It is Thanksgiving break and my father asked me to go fishing. His requests usually revolve around the game of golf, which I like, its just that compared to fly fishing, golf sucks. Naturally, I accepted the offer to go fishing and we awoke on a cold morning to head to a local tributary.

This particular tributary lacks a population of trout but every now and then, when the timing is right, it can produce. Most of the trout I have caught from this creek have come from the lake including a few large fish. However, a series of small waterfalls prohibits (some make it) lake run fish from making it really far upstream. Upstream of the falls, I have never caught a trout. Flipping over rocks reveal an utter lack of insect life which probably is a result of poor water quality. Because of this, there aren’t many fish to be had, despite the quality of holes and scenery.

As we progressed up the falls, there is only a hundred yards of fishable water before private property signs block the rest of the stream. In a deep pocket along some riffles, I mined up my first trout from this tiny section of stream. Small, skinny, wild, and beautiful it was a sign of life from an otherwise lifeless section. Upstream of that is a nice plunge pool that approaches 12 ft. in depth. In the crystal clear water, I saw another brown hovering. I progressed through a tangle of rhododendron bushes to a rock overhang that juts out into the deep water. It took a few drifts to get the correct depth, but the small brown took and popped off at my feet. I switched over to a sculpin and a 6 wt. and worked the rock overhangs. A larger brown emerged for an inspection but quickly went back into hiding.

We fished a few other small streams where my dad picked up a brook trout all by himself. Other than that, he was content to just watch me fish and take a few pictures. Holidays are all about family, friends, and good times. On this particular outing, it was just nice to be on the water with my dad. The fish were just an added bonus. 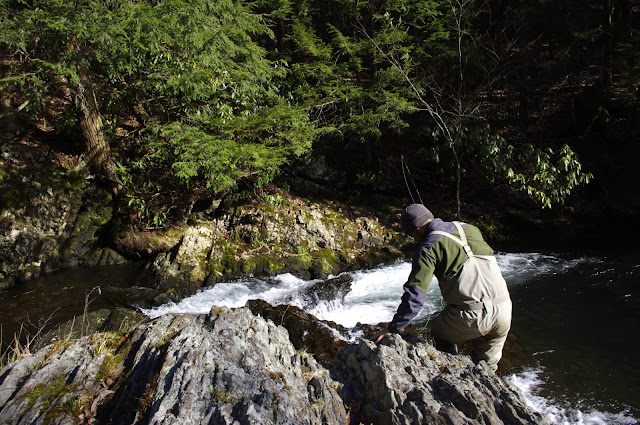 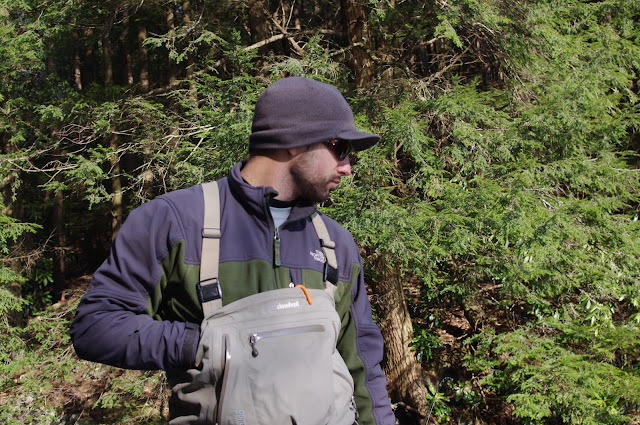 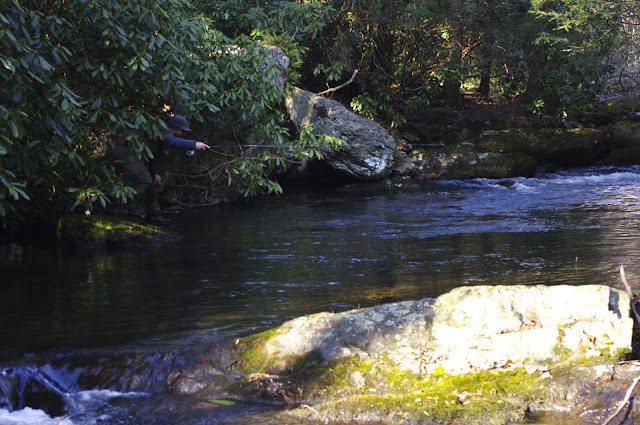 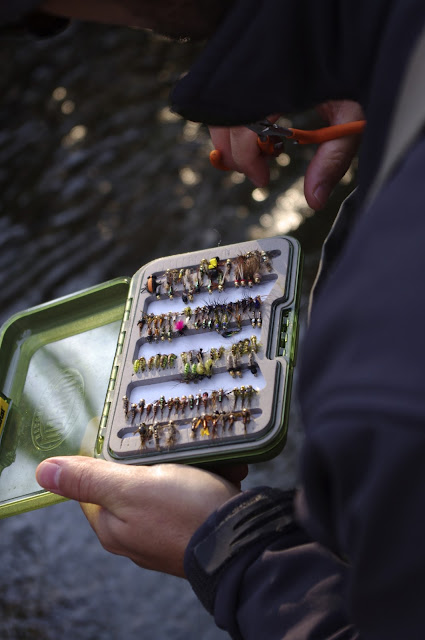 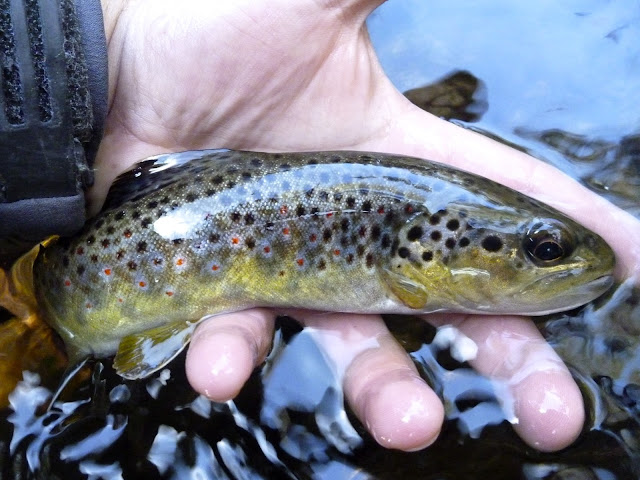